Rwanda reopens land border with Uganda : The Rwanda land border with finally reopens after about 2 years of being closed to both tourists and even the commercial truck drivers. H.E President Paul Kagame and Gen. Muhoozi finally came to an agreement on the 27th of November 2022. There were some speculations of a confidential letter the past week sent from H.E Yoweri Kaguta Museveni to H.E Paul Kagame in regards to the reopening of the land border. 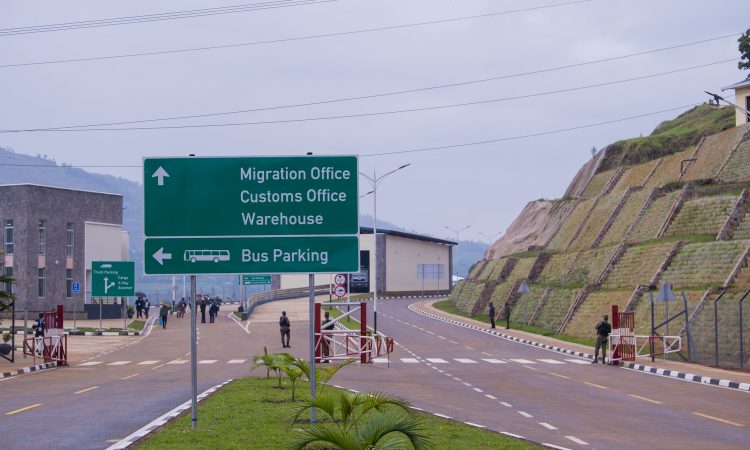 Gen. Muhoozi spearheaded these issues resolving from the Ugandan side after him and President Kagame finally decided to take up this decision to resolve the tension between the two countries which have been ongoing for about five years or so. The Rwandan side said they had withheld from reopening the land border into Uganda for Uganda Safaris as a measure of safety for the Rwandan people and this was passed on February 28th 2020.

Exactly 2 years later, the first son and the commander of the UPDF land forces Lt Gen Muhoozi Kainerugaba and President Paul Kagame through the government of Rwanda announced that the land border will be reopened this month of January 2022. The exact scheduled date for the Rwanda border to be reopened is on Monday January 31st 2022.

Uganda and Rwanda are close neighboring countries who have over the years been relating closely and the Gen. Muhoozi and H.E Paul met to rekindle the bilateral ties between these two sister countries which were not at their strongest at the moment. There was a 4th Quadripartie Summit held at Gatuna/ Katuna border on the 21st of February and it is after this that the communication has been stamped and sealed, the Katuna/ Gatuna land border will reopen on 31st January 2022.

The other land borders await communication on when they will also be reopened as the ministries and authorities in charge of health look at how they will manage the new change. The Uganda-Rwanda land borders were all closed after the Covid pandemic outbreak as countries looked at restricting movement between borders in an aim to limit spread of the virus. The health authorities from either country have not yet shared the guidelines that will govern the movement between borders in regards to post COVID-19 travel so we wait for this update as well.

This update comes at a much needed time and this shows some growing unity and rebuilding of ties between Uganda and Rwanda on a more political and security perspective.

In regards to tourism, the tourism sector of Uganda corelated with that of Rwanda in the past and there were a number of Rwanda safaris and Uganda safaris that started and ended in either of the countries but these safaris had been put on hold.

Looking at the Uganda safari of gorilla trekking Bwindi from Kigali where guests landed at the Kigali International airport and later took on a 4-hour road transfer to the Bwindi Impenetrable Forest National Park for a chance to take on gorilla trekking was not possible but now guests can enjoy both countries.

Uganda, Rwanda and the Democratic republic are the world’s only mountain gorilla homes and the Kigali International airport is a great airport to land at to connect to all the three destinations and the cheaper option without flights and the land border with Uganda was the only closed one as that of the DR Congo was reopened shortly after the country came out of the lockdown.

Travel in Rwanda post Covid is getting easier as even the mandatory 24-hour quarantine for all arrivals was revised and now guests will only be required to present a test done in the last 72 hours and on arrival take a mandatory PCR test and rapid test. Once the rapid is clear, they may go ahead with their Rwanda safaris.

Guests will however still be required to take another PCR test on Day 3 after arrival into the country. More of these measures were passed to start on Thursday 27th of January and are to be reviewed after a month. This gives so much hope to the revival of easy travel to and from Rwanda. We look forward to hearing from you to book your Rwanda safari.