Bunagana border post s located in the south western part of Uganda 14 kilometers away from Kisoro, the border post links Uganda to the Democratic Republic of Congo. The border post is used by many people to cross from Uganda to Congo and vice versa. The border post is also used as an entry point for imports and exit points for exports and because Uganda is a landlocked country, the different border posts that enable the conducting of business within the country. Looking for other ways of accessing the democratic republic of Congo, people can use the mpondwe border post which is also safe to use. Other borders include the Cyanika border and Katuna border which connects Uganda to Rwanda, Malaba, Busia borders that connect Uganda and Kenya and a number of other borers. 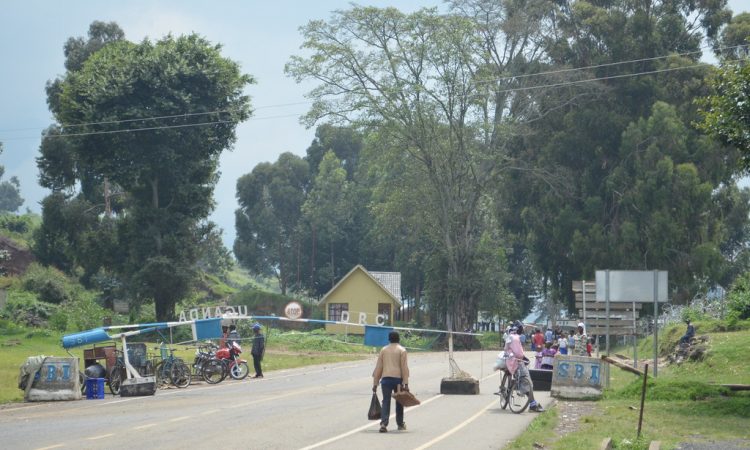 For people crossing the border to either the Congo or Uganda side, they should go through a process before being permitted to cross to any of the countries. The process is quite easy and with in the shortest amount of time, you will be allowed to cross to the other side if you have the proper documents. The process is as follows;

Safety and security at the border

Today the Uganda government has ensured safety on the Ugandan side by deploying the military to ensure that the people that are able to use the border are safe and on the Congo side of the border; there is military that will ensure the safety of people and the break out of any political unrest.

Aside from the border post, there are a number of attractions that are found near the post that will be of interest to you for example Bwindi impenetrable national park in Uganda and the Virunga national park in the democratic republic of Congo.

Bwindi impenetrable national park:  Located in south western Uganda, Kigezi region, Bwindi impenetrable national park is the home to half of the remaining mountain gorillas in the whole world.  The park has four sectors where gorilla trekking can be carried out including Ruhija, Buhoma, Nkuringo, and Rushaga where you can find the different gorilla families in Uganda. The park is not only a home to the mountain gorillas but also a number of primate species like the black-and-white colobus monkeys, L’hoest’s monkeys, De Brazza monkeys, Red-tailed Monkey, Blue Monkey, Potto, Demidoff’sGalago, Spectacled Galago, Baboons, Chimpanzee and animal species like the bushbucks, Elephants, duikers, buffaloes, golden cats, bush pigs, giant forest hogs, black-fronted Duiker, yellow-backed duiker, clawless otter, side-striped jackal, civet, numerous bats and rodents etc. This will make your trip to the park interesting at the park you can participate in gorilla trekking and Gorilla habituation at the park, Batwa trail experience, birding at the different trails.

Virunga National Park: Virunga National Park is found in the south west of the border, just like Bwindi impenetrable national park, Virunga national park is a home to the endangered mountain gorillas which can be found on the slopes of mountain Mikeno and Nyamuragira, and considering gorilla trekking in Congo, it is cheaper at 400$ than gorilla trekking in Rwanda which is 1500$ and in Uganda at 600$.

Visiting Virunga national park will give you a chance to see a number of attractions like the different Congo gorilla families, the Virunga Mountains, including the active Nyiragongo Mountain where you can see lava forming from the earth’s crust like a river flow but in this case magma. Visit the park to have a chance and see the fascinating experience.

Tourists from Uganda can access the park through the Bunagana border post then proceed to Bukima post which is usually the starting point of gorilla trekking in the park.