Gorilla trekking in Uganda is one of the most rewarding tourist activities that a traveler on a Uganda tour can participate in and have an experience for a lifetime, in all the countries that have gorillas in Africa. Uganda should be chosen as one of the top ten tourist destinations in East Africa and Africa with the numerous tourism destinations, activities, and attractions that they can visit and see making their experience in the country memorable. 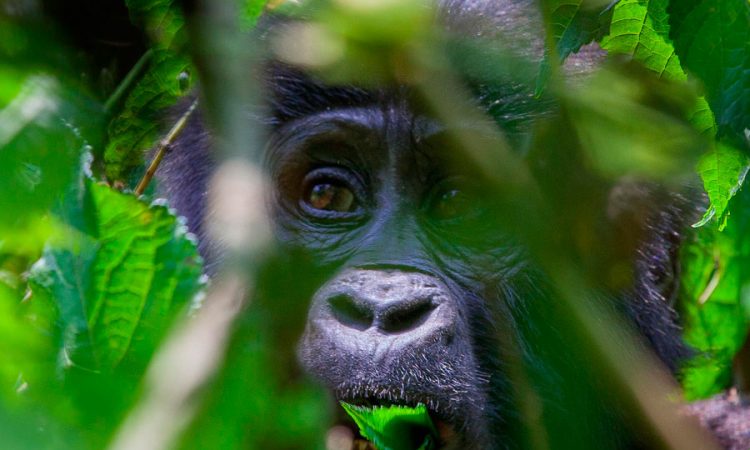 Uganda among the African countries that offer gorilla trekking as an activity, offers the best experience to the tourists reason being it has 2 national parks that can be visited while on the Uganda National Parks tours in order to participate in the activity that is to say a tourist can go on a Bwindi impenetrable national park tour and Mgahinga gorilla national park tour in order to carry out a number of activities including the main activity gorilla trekking.

The country has a number of attractions like the monuments, physical features like mountains like mountain Rwenzori which has glaciers that are believed to be some of the sources of River Nile, culture which involves different cultural sites like the Kasubi tombs which are the burial grounds for the royal family in Buganda kingdom which has rich history once visited.

Other attractions include festivals like NyegeNyege festival which takes place annually in September is an interesting entertainment festivals which attracts any tourists from various countries, it involves different local dishes from different tribes of Uganda and many more other festivals include festival on the Nile, featuring music, dancing, theatre, storytelling, folklore, and food.

There is a street parade of children’s activities and dance workshops offering visitors and residents alike the opportunity to learn about Uganda’s tribes and customs. This is Uganda which promotes the rights of women in the country, Pearl of Africa Tourism Expo which aims at boosting the tourism sector of Uganda. Amakula Kampala International Film Festival aims at celebrating the film industry in Uganda here different showcases can be carried out which can be interesting to tourists.

Where to find the Uganda Mountain Gorillas

Gorilla trekking in Uganda can be carried out in two national parks all of which have habituated gorilla groups that are harmless making the activity exciting and this is because of the fact that they are accustomed to human presence. The Uganda gorillas can be found in the following national parks;

Tourists while carrying out the Uganda national parks tours, can access the park in order to participate in gorilla trekking. Bwindi Impenetrable National Park is located in the south western part of Uganda and it is bordered by Virunga National Park.

Other attractions include the indigenous group of people known as the Batwa people who are forest people that have not embraced modernity at any. They are an interesting group of people who mainly depend on forest products, for instance, they hunt small animal animals and collect fruit as a source of food, carrying out the Batwa trail or visiting the Batwa people will enable tourists to see how backward the group is in terms of modernity but it is an interesting encounter which will offer beautiful experiences

With more than 400 mountain gorillas in the park, Bwindi impenetrable national park currently has 18 gorilla groups which are distributed in the 4 different sectors of the park. The sectors include Rushaga sector, Buhoma sector, Nkuringo sector and Ruhija sector which have different habituated gorilla families which can be visited by the different tourists all the gorilla groups have interesting facts and characteristics among themselves.

Aside from gorilla trekking in Bwindi impenetrable national park, tourists can also carry out gorilla habituation in Uganda which is done in the park which involves participating in the gorilla habituation process of the gorillas in order to make them accustomed to human presence while they are visited; here the tourists accompany the people that habituate the gorillas and make them accustomed to human presence before they are presented to the tourists for trekking, the normal habituation gorilla process takes a period of 2 years before the gorillas are fully ready for  habituation. The habituation process is quite expensive as compared to gorilla trekking and it costs a tourist interested in participating in the activity to pay an amount of 1500$.

Just like Bwindi impenetrable national park, the mgahinga gorilla national park is located in the south western part of Uganda which from Kampala city is 494 kilometers but regardless of the distance, a tourist is guaranteed to be in awe with the numerous attractions that will be seen while on the journey and it was also established in order to protect and conserve the mountain gorillas in the country which were being poached by the people in the local communities.

The park has a number of tourist activities that can be seen by tourists while carrying out the mgahinga gorilla national park tour these include 3 of the 8 Virunga mountains, mountain gorillas that are found on the slopes of the different Virunga Mountain Mount Muhabura, Mount Gahinga, and Mount Sabyinyo.

The Virunga Mountains can be interesting and rewarding for tourists if they carry out the Virunga mountains hike where different species can be seen like bushbucks, duikers, elephants, golden monkeys which are usually found in the bamboo tree slopes of the mountains which is a source of food to them and many more.

How to obtain a Uganda gorilla trekking permit

Gorilla trekking permits in Uganda can be purchased from the Uganda wildlife authority offices or trusted tour companies or a trusted tour operator who will offer the permit to you on the day of your trekking activity. It should be noted that the price for each individual to track the gorillas is 600$ but come 1st July 2020 the price of the gorilla permits will increase to 700$.

Before anyone purchases a gorilla permit, they should follow some guidelines in order to carry out the activity as explained below;

What involves in gorilla trekking?

Gorilla trekking in Bwindi impenetrable national park and mgahinga gorilla national park involves tourists presenting their gorilla permits to the park headquarters for verifying and if they are authentic, they are able to go on a briefing by the park guide who is going to take on the guiding process to find the gorillas. Tourists should pay attention to the guide in order to have a great experience with the gorillas without encountering accidents.

After the tourists are briefed, they then embark on their journey of tracking the gorillas, they will encounter a number animals if lucky, they will see different attractions and at the end they will locate and come across the mountain gorilla or the different Uganda gorilla families in the different sectors that is in Bwindi Impenetrable National Park and in Mgahinga National park they will spend an hour with them observing how they live in their natural habitats, what they feed on, how they groom themselves and many more.

Uganda has 2 seasons that is the dry and wet season and because gorilla trekking involves hiking. It will need tourists to carry out the activity in the dry month where access to the park is easy and hiking not difficult. The dry season is more conducive and comfortable for gorilla trekking which includes mid-December, January and February and also the month of  June to September.

What to carry and wear during gorilla trekking

While embarking on the journey to gorilla trekking, the tourist should carry a few items in order to make their activity interesting and fun and interesting and easy for them and fun as explained below;

A number of guidelines should be followed in order to carry out a successful gorilla trip while in Uganda in Mgahinga Gorilla National park and Bwindi Impenetrable National Park and avoid accidents during the activity.

Safety of gorilla trekking in Uganda

Tourists carrying out gorilla trekking in Uganda are guaranteed to have the best time of their life without any hindrances and any security threats reason being Uganda is a peaceful country without any political instabilities making it ideal for tours in the country. For tourists carrying out gorilla trekking in Bwindi Impenetrable National Park and Mgahinga National Park, a guide will first brief them at the park headquarters about the do’s and don’ts/ guidelines that are to be followed while carrying out the activity in order to avoid accidents.

During gorilla trekking, the tourists are accompanied by a ranger to avoid any animal attacks in the process the ranger is usually armed with a fir arm in order to scare off the animals he doesn’t shoot the animals. And also a guide carries a first aid box with him in case of an accident; they can take care of the tourist before they seek medical attention from the hospital.

With the necessary equipment, knowing the guidelines to follow while carrying out gorilla trekking activity, tourists will have an adventure in the different parks because of the ease and thrill involved in the activity.