Kampala is the capital city of Uganda and is a stand-alone tourist attraction in Uganda whereby one can opt for a City Tour than the National Parks in Uganda. Kampala is the most developed city in Uganda and it is divided into five divisions including Kawempe Division, Makindye Division, Rubaga Division, Nakawa Division, Wakiso District, in the recent years the population increased to over 2 million. 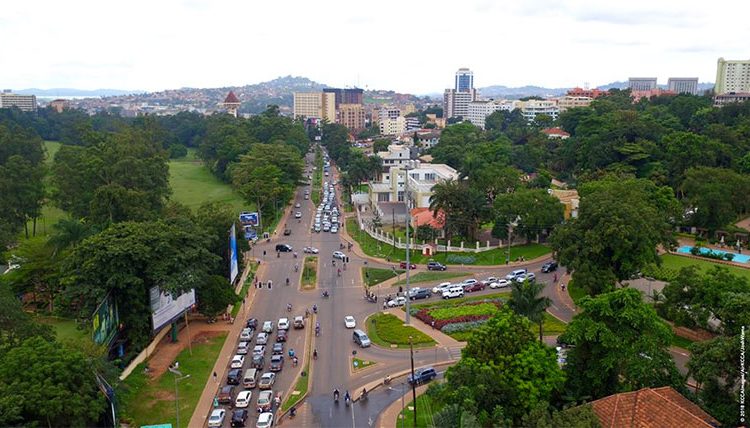 Kampala is the 14th fastest growing city in the world, and the population growth rate is 5 percent. It is ranked the best city in East Africa. The city is ahead of Kigali and Nairobi and this research was carried out by the New York Times.

Kampala the capital city of Uganda was originally called the old Kampala hill. The summit is located on the former Fort Lugard and was the headquarters of the British Colonialists which is Uganda’s Protectorate.

The word Kampala runs from a local word Impala. This was after the British arrival in Uganda when they spotted a number of Impalas on the hill. Hill of Impala as Akasozi Ke’mpala whereby Akasozi means ‘Hill”, “ke’mpala” meaning “of impalas”.

Kampala capital city of Uganda is under the Authority of the Kampala Capital City Authority, and this gives the government more control of the administration of Kampala city. This act created the Kampala Metropolitan physical planning Authority, and this was with the aim of improving the infrastructure of Kampala and the areas of Mukono town, Wakiso district, Luwero district, and Mpigi.

This Capital City has two seasons in the city i.e. the wet and dry seasons. The city experiences wet season from the months of August to December and February to June. However, between February and June, Kampala receives heavier rainfalls. While the rest of the months its usually dry season.

There is cultural experiences in Kampala including Ndere Culture Centre which is located in Kisasi. The centre has promoted Uganda’s and African culture through music, dance and drama.

The main transport in Kampala is Road transport, and this is used by tourists and the local people. There are cars as well as Boda-Bodas (motorbikes) that are used mostly during the rushing hours of traffic.

Kampala the capital city of Uganda has a number of tourist attractions for one to encounter  and love the capital city of the pear of Africa including Bahai House of Worship, St Paul Anglican cathedral in Namirembe hill, Gaddafi Mosque, Rubaga Cathedral the Roman Catholic church, Independence Monument ,Markets, Slum areas, Kabaka’s Lake, Kabalka’s Palace,Mengo Palac, Kampala skyline, Parliament building, Stride monument, Kampala City by night, Nelson Mandela National Stadium, the home of the National Football team, the Uganda Cranes, Namugongo Martyrs Shrine, Uganda Museum and many more to encounter. Kampala the capital city of Uganda is a tourist hub in the Pearl of Africa.