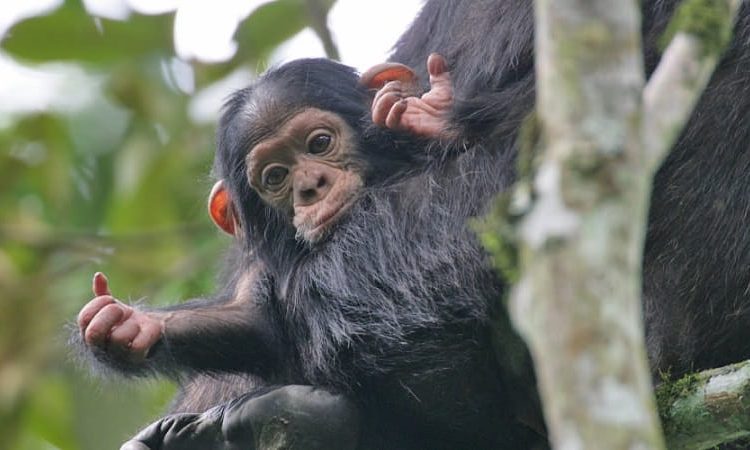 What are the primates and Great Apes of Rwanda?

Chimpanzee trekking tours in Nyungwe forest national park takes between 4-6 hours or even more depending on their location. The hike in the forest can be strenuous especially if it was has rained therefore visitors are advised to carry a good pair of hiking boots.

Out of 1063 mountain gorillas found in the world today, there are about 400 individuals found in Volcanoes national park in Rwanda. Others can be found in Bwindi Impenetrable national park and Mgahinga Gorilla national park in Uganda and finally Virunga national park in the Democratic Republic of Congo. A gorilla permit in Rwanda costs $1,500 and can be booked through a trusted tour operator company like Explore Rwanda Tours.

Golden monkeys range in weight from 10 to 25 pounds and have golden hair, cheeks, and tails, as well as black limbs and crowns on their heads and tail tips. They are a subspecies of the blue monkey that lives in bamboo woods. The number of golden monkeys has never been determined, but researchers believe they are in decline and are not increasing in protected regions like mountain gorillas, despite living at greater altitudes.

Black and white colobus monkeys are among the most frequently spotted primate species and can be found Nyungwe Forest national park. The name ‘colobus’ means mutilated in Greek; as unlike other primates, they are lacking thumbs. The troops consist of 5-10 individuals and Nyungwe forest national park has about 500 magistrates. They are easily seen in the branches as a result of their striking coloring black with long white hair running from the shoulders to rump, and white tufts at the ends of their long tails. Infants are born pure white.

The blue monkey is an Old-World monkey species found in Central and East Africa, spanning from the upper Congo River basin to the East African Rift and south to northern Angola and Zambia. Subspecies include the Sykes, silver, and golden monkeys.

Blue monkeys may be found in Rwanda’s Nyungwe Forest and Gishwati Mukura national parks. It has minimal hair on its face, which gives it a blue tint at times, but it never has the intense blue color of a mandrill.

Blue monkeys range in length from 50 to 65 cm (not including the tail, which is almost as long as the rest of the animal), with females weighing little more than 4kg and males weighing up to 8kg. They are found in both evergreen and montane bamboo forests. They spend most of their time in the forest canopy, only seldom going down to the ground. They mostly consume fruit and foliage, but will also consume slower-moving invertebrates like as earthworms. Blue monkeys may be found in Nyungwe Forest and Volcanoes national parks.

What to Pack when tracking Primates and Great Apes in Rwanda?

When tracking primates and Great Apes in Rwanda, you need to pack a pair of good hiking boots, garden gloves, long trousers and shirts, a hat/cap, sunscreen and insect repellent cream, snacks, and a light raincoat/ jacket.

What is the best time for tracking Primates and Great Apes in Rwanda?

If you are looking to track primates and Great Apes in Rwanda, ensure to book your permits through a trusted tour operator company like Explore Rwanda Tours or directly through Rwanda Development Board.