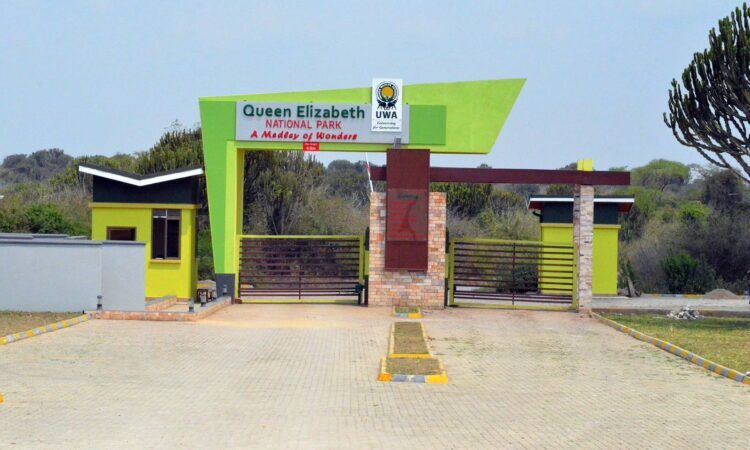 Chimpanzee trekking in queen Elizabeth is among the most rewarding primate safaris in Uganda that will give you the chance to explore the playful primates in Kyambura gorge also known as the valley of apes where you can watch the different primate species like the different monkey species and so on and when you get to the habituated chimpanzee troops, you will get to spend an hour observing their behaviour in the wild, taking pictures as they participate in a number of activities, you will get to watch the adult females breastfeeding their infants and while movement, the infants can be seen clinging on the fur of their mother, during ovulation, the adult females can also be seen having red swelling on their bottoms.

You can also participate in the game drives in queen Elizabeth national park and get to watch a number of wildlife species as you make your way in the different sections of the park. interesting about the game drives you will get the opportunity to watch the different herbivores and carnivores in the park for an amazing experience in the park. during the evening game drives you will get to see a number of carnivores in the park catching their prey for instance the lions, leopards, hyenas catching the herbivores like the Uganda kobs, gazelles, oribi among other herbivores that will make your wildlife experience quite memorable. Still in the park you can take part in the nocturnal game drives which will give you the chance to watch how the park comes to life at night with a number of carnivores hunting for prey as the herbivores can be seen in their hiding spots to avoid being preyed on by the carnivores, Queen Elizabeth national park Fees 2022.