Activities in Semuliki national park are the different ventures that travelers can engage in when they book for there safaris in the park to explore its features. Semliki national park is a birder’s paradise that can be visited by tourists on their Uganda safaris for memorable birding safaris, however, Semliki national park is not only a home to the different bird species but also to a number of attractions like primates, for example, the silver monkey, chimpanzees, black and white colobus monkey, Dent’s monkey, silver monkeys and so many more. It is also a home to 86 mammal species including four of the big five animals in Uganda namely the African Buffalo, the African elephant, African leopard and the lion among other mammal species that can be seen during the different activities in Semliki National Park. 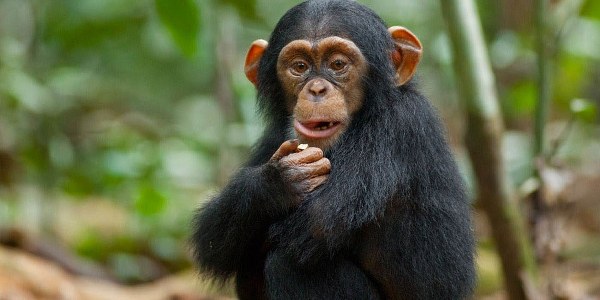 Details of each activity

Chimpanzees in Semliki national park were habituated by Indiana University which has enabled a number of tourists in the park to visit the habituated chimpanzee troops. Chimpanzee trekking in the park involves tourists embarking on their journey to the forest where you will have the chance to spend an hour with them understanding their behaviour in the wild, their feeding patterns, how they co-exist with one another in the park, their grooming patterns among other interesting features of the chimpanzees where you will also have the opportunity to see a number of bird species like Amur falcon, booted eagle, red faced barbet, sooty falcon, Cabanis; bunting, crested barbet, slate-coloured boubou, souza’s shrike, striped pip[it denham’s bustard and eleonora’s falcon among other bird species which will offer an amazing time in the park.

Another activity in Semuliki National Park that should not be missed out on during your Uganda National Parks tour is birding which will give you a chance to see over 200 bird species among the 440 bird species that the park is a habitat to. In the park you will get to see numerous bird species from the albertine rift and the Congo biome and some of the bird species that can be seen include; piping horn bill, red billed dwarf horn bill, Secretary Birds, Black-bellied Bustards, red rumped tinker bird, swamp palm bulbul, crested Malimbe, Open-billed Storks and Widow Bird, the Swallow-tailed and Red-throated Bee-eaters Woodland, Pied, Giant and Malachite Kingfishers; Francolin; Hornbills, Grey heron which makes birding one of the interesting activities in Semuliki National Park.

Another activity in Semliki national park that tourists can participate in during their Uganda safaris is hiking where tourists can see a number of attractions in the parks along the different hiking trails in the park.  A number of animal species that can be seen during hiking include; hippos, Uganda kobs, numerous bird species like the Amur falcon, booted eagle, red faced barbet, sooty falcon, Cabanis; bunting, crested barbet, primate species like chimpanzees, black and white colobus monkeys, red tailed monkeys, vervet monkey among other attractions within the park.

You can also participate in the Boat rides as one of the most rewarding activities in Semliki National Park where you will get to see exceptional views of Lake Albert, where you will see the sun set as it reflects on the water of the lake, you will also see a number of numerous bird species like Secretary Birds, Black-bellied Bustards, red rumped tinker bird, swamp palm bulbul, crested Malimbe, Open-billed Storks and Widow Bird and mammal species like the forest buffalo, hippopotamus, as they quench their thirst from the water sources.

There are two shifts of  game drives that can be carried out  in the park that tourists can participate in and these include the morning game drives where you will see the early risers in the park grazing within the savannah grasslands for example the buffalos, Uganda kobs,  bushbucks, elephants hippopotamus among other mammal species and during the nocturnal game drives you will see a number of carnivores hunting prey for dinner which may include; the lions, leopards, hyenas, serval cats among other carnivores in the park which makes the games drives rewarding activities in Semliki national park.

Semliki national park is home to Uganda’s hot springs Sempaya hot springs that can be visited by a number of tourists while they visit Uganda.

There are a number of myths that are connected to the hot springs which can be interesting to the tourists when they access them, for instance, it is believed that the hot springs are medicinal that they can heal a number of diseases like ringworm, bareness, impotence in men among other diseases and medical conditions, therefore, visit the park and see uganda’s wonder which can cure your problems in case you have any.