Home » The Big 5 animals in Rwanda

The Big 5 animals in Rwanda

The Big 5 animals in Rwanda can only be seen in Akagera National Park a park situated in the northeastern part of Rwanda in the Kibungu district. The park is the only home to the big 5 animals in Rwanda which includes; the African elephant, African buffalo, Rhinoceros, African leopard, and the lion.  Rwanda is blessed with a number of national parks and game reserves that offer a number of tourist attractions including the wild animals, relief features like lakes, rivers and not forgetting that Rwanda is a country of 1000 hills which offers magnificent views during Rwanda safaris and tours. 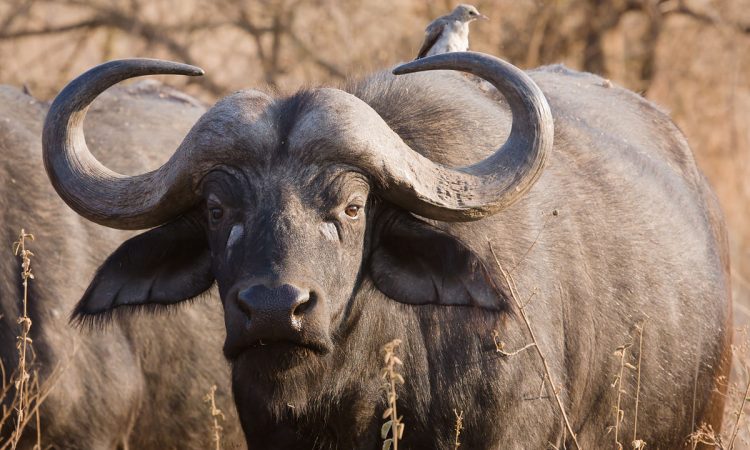 Initially, Akagera did not have all the big 5 reasons being there were a number of animals that were killed during the 1994 Rwanda genocide and it was also used as a battleground for the Rwanda patriotic front between 1990 and 1994 when the genocide reached its peak in the country. The park suffered a lot of pressure that was put on it. Many animals including the lions and the rhinos were killed and they were no more in the park however the Rwanda development board in partnership with a non profit organization, they embarked on the arrangement to make akagera national park flourish once again and the efforts were successful because today the park is considered the only park in Rwanda where the big 5 animals can be seen.

The 5 Eastern black rhinos were translocated from the Czech Republic (Europe) to Akagera national park in Rwanda, it is believed that the ones that were translocated, were descendants from the rhinos that were captured in early years and taken to European zoos. Tourists should visit akagera national park and see the rhinos as they settle in their new home which rightfully belongs to them. The transfer from Europe took place on 23rd June 2019 where five eastern black rhinos were brought to the park.

The rhinos(three females that is Manny, Jasiri, Jasmina and 2 males, Mandela and Olmoti traveled 6000 kilometers which is quite tiresome and wearing but they settled in quite fine. Before the rhinos were put among other animals in the park, they were put in bomas which are wooden enclosures over them, then they were put in enclosed larger areas and later on they released them to live among other animals.

The translocation of the eastern black rhinos followed the reintroduction of 18 black rhinos that were translocated from south Africa to Akagera national park with the increase with the number of the animals, it has improved wildlife viewing because before, spotting animals in the park was difficult which was as a result of poaching by people in the communities and also during 1990 and 1994 where the park was used as a battleground.

The Lions re-introduced in Akagera

In the early 1990s, the park had an estimated number of 300 lions which was a great number as compared to other countries with lions. But after the park’s size was reduced, by giving part of the land to the Rwandans who had escaped the genocide to countries like Uganda and Congo. The Rwandans that returned from exile came along with large herds of cattle which was over 4000 in total and by this, the government of Rwanda gave part of the land of the park to the people which led to pressure on the land among the animals and the humans. It should be noted that when they settled around the park, animals were limited to a specific area to feed on but this led them to go to their previous grazing grounds which were now occupied by the people and their herds of cattle which led to destruction of the farmers crops, the death of their animals, for instance, the lions killed their domestic animals like the goats and cows which annoyed the farmers who ended up poisoning them and this led to the death of many lions and  by 2002 all the lion in the park were, killed and extinct.

In a bid to recover the park for the losses, in 2015, the African parks a non profit organization in South Africa in partnership with the Rwanda Development Board, came together to restore the lost glory of akagera national park where five females and two males were reintroduced to Akagera National Park from South Africa making a total of 7 lions.

These settled in quite fine and none of the translocated lions were lost or died and this has made the efforts for conserving the animals successful which have led to the giving birth of 15 cubs since they were brought in the park. The numbers are still increasing because of the good stable environment with the availability of prey to feed on, the good government policy that combats poaching in the regions that is to say a number of patrols are carried out to ensure that the area is poaching free. The introduction of the animals’ species has increased tourism development and tourist arrivals into the park which in the long run promotes sustainability of the park’s attractions.

With the introductions of the lions and the rhinos, all the big 5 animals in Kagera national park were restored which makes it easy for tourists interested in seeing the different big 5 animals in the park at the same time.

Poaching and the Big 5 Animals in Akagera National Park

The park is no stranger to poaching activities that  are spearheaded by the local communities that are interested in the products of the animal products, for example, the rhinos that are famous for their horns, the elephants for their ivory, and many different products some of the big 5 animals are poached for the need of bushmeat.

With the events that happened in the early 1990s and early 2000s, where a number of animals including the lions and rhinos were killed which led to their extinction in the park. This has led to the increased efforts of the government to combat poaching whereby a number of measures have been undertaken to ensure the safety of the animals which include putting in place a team of park rangers that carryout daily patrols to ensure that the animals in the park are not threatened in any way. The team has been successful in a way that many poachers have been arrested and put in prison, poacher’s snares that are put in place which can kill young animals and old ones including the largest living mammals the elephants have been destroyed. This has ensured the safety of wild animals

An electric fence has also been constructed around the park to ensure that the animals don’t cross from the park to the local communities where they are seen as threats which in the long run can lead to their killings. In addition sensitisation of the local community against poaching has also enabled the park to ensure the safety of the animals in a way that once the locals are told about the benefits of the wildlife which is the generation of income which leads to the development of the local communities through infrastructural development and employment opportunities to the locals with this it has minimized community engagement in poaching. This is the long-run that has enabled the sustainability of the animals in the park.

With the increase in the number of animals in the park, there are a number of activities that can be participated in by the tourists to ensure that they see the different big 5 animals this has improved customer satisfaction while in the park. Because of a variety of other animal species that can be seen including the impalas, zebras, Oribis, Hyenas, giraffes and so on.

Game drives in the park are one of the most rewarding activities that a tourist interested in seeing the big 5 animals can participate in. During the game drives, many different animals and other attractions that offer magnificent views can be seen. However small the park is, it has offered a rewarding experience to the tourists that take part in the activities that it offers. Lions and the leopard are usually seen under the acacia trees getting a shade or near areas where herbivores are usually seen grazing from. These usually target the impalas, zebras and other animals on a lucky day a tourist can see a lion hunting down and feasting on its prey. Rhinos can also be seen grazing among the different herbivores like the zebras, elephants and many more.

The park is home to a number of water bodies for instance lakes and swamps. The famous Lake Ihema in the park is open for tourists interested in the activity. With the boat cruise, some of the big five animals that can be seen include the elephants that are seen quenching their thirst from the water, the buffalos who are obsessed with water. Other animal species that can be seen include the crocodiles which are seen sunbathing or trying to catch prey in the water, for example, the animals like zebras which come to get water from the lakes can be caught by the crocodiles while in the water.

Akagera national park is quite accessible which should not discourage tourists to visit the park in order to see the famous big five animals including the rhino, elephant, lion, leopard and the buffalo. From Kigali city the capital city of Rwanda. The park is 114 kilometers which takes the tourist 2 hours and 30 minutes.

On the way, different attractions like the beautiful landscape characterised by different hills can be seen the good climatic conditions and the Rwandans can be seen on the way to the park. On reaching the park, a new adventure/ fascinating area will be unlocked to the tourists including the beautiful appearance of the area, for instance, the different water bodies and swamps like Lake Shanaki, Lake Ihema which attract different water birds looking for food.

The park is not only a home to the big 5 animals but also other animals species like the zebras, giraffes, impalas, duikers, Oribi, spotted hyenas, crocodiles, hippos, waterbucks, bushbucks, topis and many more bird species like the Hamerkop, Caruthers’s cisticola, pied crow, black-headed weaver, fan-tailed widow bird, violet’s black weaver, long-crested Eagle and a number of other different activities a tourist interested in seeing the big 5 animals can participate in which may include; sport fishing, birding cultural encounters which can make their experience in the park a memorable one.