Wildlife Safaris in Rwanda  : Rwanda is the country to visit if you’re interested in having the most rewarding adventure participating in numerus safaris. it should be noted that the country is gifted by which has enabled a number of safaris to be carried out for instance the cultural tours in Rwanda where tourists can visit a number of cultural villages like the iby’iwacu cultural village, the Humure refugee village which will give you an insight of the culture of the people of Rwanda and how they carry out their daily activities, while you visit the country, you can also get the chance to participate in the Rwanda genocide tour to understand more about the events that led to the unfortunate time in the country which led to the mass killings of the tutsis one of the tribes in Rwanda, which you’ll get to understand more of when you visit the Kigali genocide memorial museum. 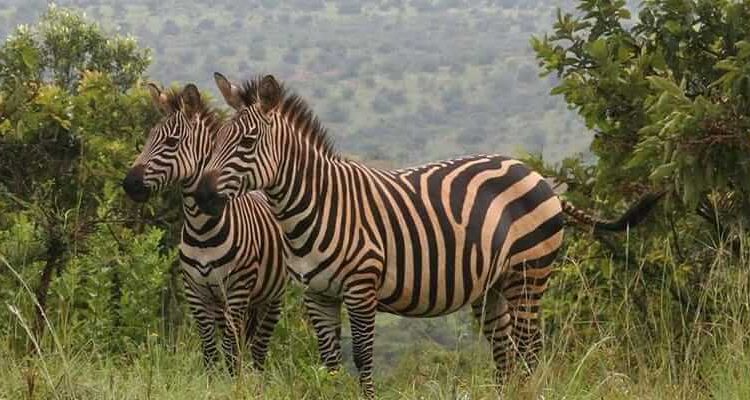 Visit Rwanda and take part in gorilla trekking in volcanoes national park which will give you the chance to understand more about the endangered mountain gorillas in Africa for rewarding wildlife safaris in Rwanda. the gorilla trekking experience in Rwanda involves tourists hiking the Virunga mountains in Rwanda that is mount gahinga mount muhabura, mount bisoke, mount muhabura and mount sabyinyo which will give you access to the gorilla families in Rwanda that you will spend one hour with observing the different gorilla families and their behaviour in the wild.

You can also embark on your dian Fossey hike to understand the efforts of the American primatologist to ensure that gorilla trekking in Africa was made possible, during the hike to dian Fossey grave, you will come across the karisoke research station where she carried out her research on the gorillas and you observe a number of other primates like the black and white colobus monkey, silver monkey, dent’s monkey, silver monkey, Hamlyn’s monkey, grey cheeked Mangabey, red tailed monkey and many other primate species along the different trails to make your wildlife safaris in Rwanda quite memorable.

While you visit Akagera national park, you can participate in the boat cruise on lake Ihema that will give you the chance to observe a number of water birds including like the African king fishers, White-breasted Cormorants, Pied Kingfishers, Osprey, Double-tooth Barbet, Yellow-bellied Waxbill, Familiar Chat, Brown-throated Wattle-eye and Spot-flanked Barbet and the endangered shoe bill stork among other rewarding bird species. During the boat cruise in Akagera national park you will also watch the sunset which is quite relaxing and memorable

Take part in chimpanzee trekking in Nyungwe national park where you can also take part in the canopy walk in Rwanda, hiking the trails in Nyungwe national park that will lead you to a number of amazing attractions like the Isumo waterfalls in Rwanda, the kamiranzovu swamp, numerous monkey species and numerous species which make the park the perfect hiking sport for birding in Rwanda. chimpanzee trekking in Rwanda will give you the chance to spend one hour with the chimpanzees observing their behavior in the wild like how they co-exist with one another, their reproduction, how they groom one another, their mating process among other amazing features of the species in the wild.