Gorilla Trekking in Virunga National Park is one of the most amazing activities done in the Virunga massif and travelers have booked this trip from time and again. Virunga national park is Africa’s oldest National Park and one of the naturally blessed parks that a tourist can visit to have memorable Congo safaris. The park is blessed with nature from the beautiful flora and fauna to a number of landforms including two of its most active mountains in Africa that is mount Nyiragongo where you can find the world’s largest lava lake and Mount Nyamuragira and another Virunga Mountain Mount Mikeno and a number of water bodies like Lake Edward, River Semliki, River Congo, Lake Kivu among other water bodies in the park. The park is a home to a number of primate species including the different Congo gorilla families, a number of chimpanzees, golden monkeys among other interesting attractions that can be seen when you participate in a number of activities within the park for instance; the wildlife safaris in virunga national park, gorilla trekking, hiking the Virunga Mountains among other activities in the park. 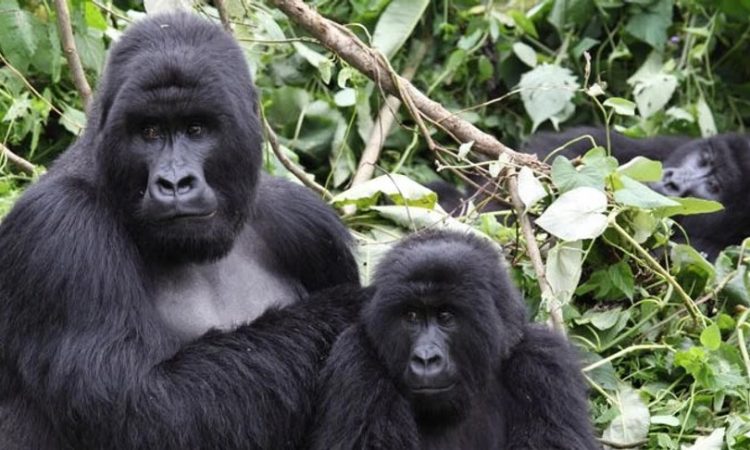 Where we find the gorilla families

What involves in gorilla trekking

Gorilla trekking in virunga national park involves tourists hiking Mount Mikeno in order to access the different Congo gorilla families but before they hike to the gorilla families, they will have to participate in a briefing session where you will be taken through your whole activity of gorilla trekking in Virunga National Park, the guidelines to follow during the activity, what to do during the encounters with the gorillas, in case of any emergencies in the park during gorilla trekking what you are supposed to do to ensure that you have a comfortable and memorable activity in Virunga National Park.

When you get to the different gorilla families in the park you will spend one hour with the gorillas understanding their behavior in the wild, you will get to know their feeding patterns, what they eat, their nap time how they construct their nests how they groom one another among other interesting facts about the gorillas, you will also get to take pictures of the primates for amazing memories in the park.

The Senkwenkwe gorilla orphanage was established to provide refuge to a number of gorillas that were left to be orphans after their parents were killed by the poachers in the park, with the help of the park administration and a team of rangers, they established the gorilla sanctuary where you can participate in a number of activities like feeding the infants, cleaning their rooms, playing with them among other interesting activities that will ensure that you have an amazing time during your encounter with the gorillas in the sanctuary.