Activities in Mgahinga National Park are the main ventures that travelers can take part in as they enjoy their Uganda safari tour in the west. Mgahinga National Park is among the national parks in Uganda located in Kisoro district, the park will offer an amazing wildlife adventure during your Uganda tour. The park is home to the endangered primate species that is the golden monkeys and the mountain gorillas among other attractions that can be seen during the various activities in Mgahinga National Park. The park is not only home to the primate species but also a number of attractions like the numerous bird species that can be seen, the Virunga Mountains, a number of other monkey species among other attractions that will offer you rewarding experiences when you participate in the different activities within the park. 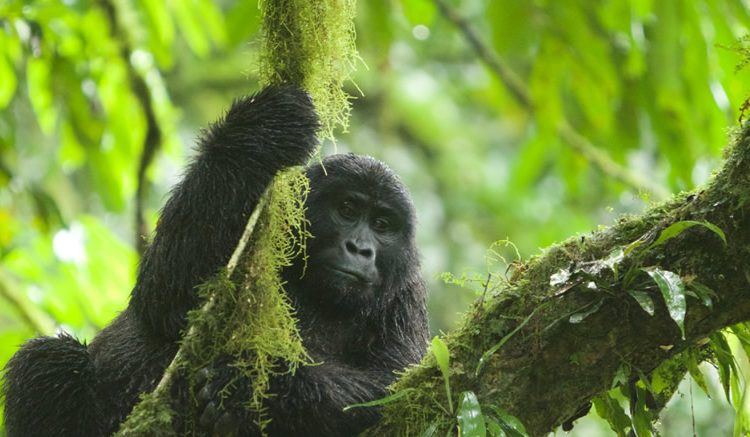 Hiking the Virunga Mountains is one of the most rewarding activities in Mgahinga National Park that can be carried out to ensure you have a memorable time during your Uganda tour. There are three Virunga mountains within Mgahinga National Park where tourist will have an amazing time while carry out the hikes on the different virunga mountains. In the park, you will get to hike the different mountains like Mount Sabyinyo, Mount Gahinga, Mount Muhabura which will offer exceptional views when you embark on the hikes on the different mountains and hence an amazing experience during your Uganda Safaris.

Gorilla trekking in the park involves tourists hiking the Virunga Mountains in order to access the gorilla families in which you will spend one hour with the family that you are assigned to track. With gorilla trekking you will get to know more about the endangered gorilla species by observing their feeding patterns, their diet, how they co-exist with one another, and their grooming patterns among other interesting facts about the gorillas in the park, you will also get to take pictures of the primates in order to have an amazing time within the park.

Birding: Birding is one of the most interesting activities in Mgahinga National Park, where you will get to see a number of bird species during the activity.  Mgahinga national park is home to 300 bird species where you will have a chance to see 100 bird species daily during your activity in the park. Some of the different bird species that can be seen in the park include the Rwenzori Turaco, Shelly’s dusky crimsoning, cape robin, white starred robin, striped breasted tit, malachite and scarlet tufted sunbirds, olive pigeon, kivu ground thrush among other interesting bird species within the park. During birding in the park, you will get to see other attractions like the primate species including the black and white colobus monkeys, the mona monkey, the vervet monkey, the red tailed monkeys swinging from one tree branch to another  as you see the different bird species in the trees making the activity very rewarding.

Batwa trail experience: Before gazetting Mgahinga national park for the protection of the gorillas in the park, the Batwa were a group of people that lived in the forest with the animals and depended on the forest and its products. The Batwa are the pygmies that lived in the park but after they displaced them from the park when you embark on the Batwa trail, you will be taken through the history of the Batwa how they depended on forest products like honey, small creatures of the forest like the squirrels for food, among other products in the park.

You will have an amazing time when you get to the Batwa community where you will be entertained by the locals with a number of cultural dances, storytelling, plays, you will also learn how to make local dishes and at the end of the day you will have the chance to taste the food,  you will also be taught how to make local brew among other interesting features of the Batwa and after your activity in Mgahinga national park, you will have an amazing activity in the park hence making your safaris in Uganda memorable.