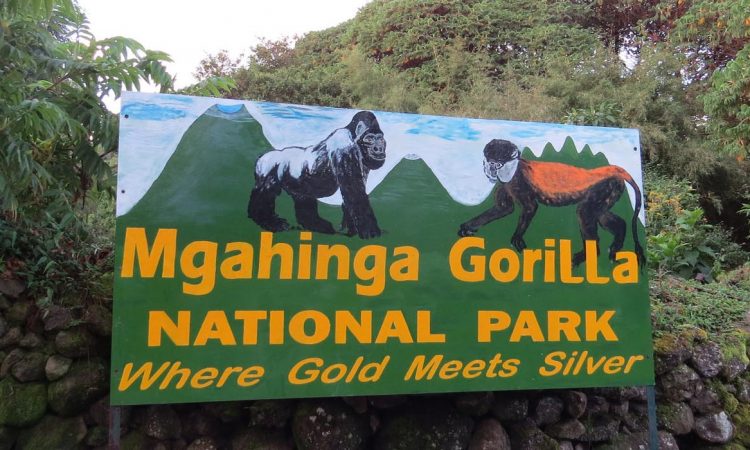 Gorilla trekking in Mgahinga National Park is one of the most rewarding activities in Mgahinga National Park that a tourist can choose to participate in order to have an amazing Uganda tour this is because the park has a lot to offer to the tourists when they participate in the activity and some of the rewards they can get for participating in the activity include; exceptional views of the virunga mountains, primate, bird and animal species in the park which will make their gorilla trekking experience in the park memorable.

Before a tourist participates in the activity they will have to first present their gorilla trekking permit for verification and after the verification procedure, they are assigned to a gorilla family to trek in the park. a briefing session is then carried out about the gorilla trekking activity in the parks where tourist are given the rules and regulations to follow, the guidelines among others.

After the briefing session, tourists will start hiking to the gorilla families and once they get to them, they are allowed to spend only one hour with them here, they can take pictures, observing their behavior, they can also ask more about the primates in order to have more details about the gentle giants and after the one hour, hey will descend back to the starting point in the park. Throughout their entire activity, tourists are accompanied by an armed ranger whose duty is to protect you from any attacks in the park making it a safe activity for you.

Participate in gorilla trekking in mgahinga national park to see Munyiga and his new family and interesting about the gorilla families is the fact that it’s among the few gorilla families that gave birth to twins.

The gorilla family has a number of black blacks but it has not prompted any power struggles making it as peaceful as the Amahoro gorilla family in volcanoes national park Rwanda. The gorilla has an interesting history of its young ones that is Fred a gorilla which was named after the veterinary officer who saved his life from a snare accident in the park which had caused a lot of bleeding.

For tourists to access the different gorilla families in Mgahinga National Park, they have to first hike the virunga mountains reason being the gorillas are found in the bamboo trees of the mountains therefore for a tourist interested in the activity they have to be in perfect shape because the mountains can be tiresome to hike. The hike to the different gorilla families can be hard but at the same time rewarding because you will see exceptional views, see a number of primate species like the vervet monkey, Mona monkey, red tailed monkey, olive baboons among other primate species as you get close to the gentle giants which will be an amazing experience. 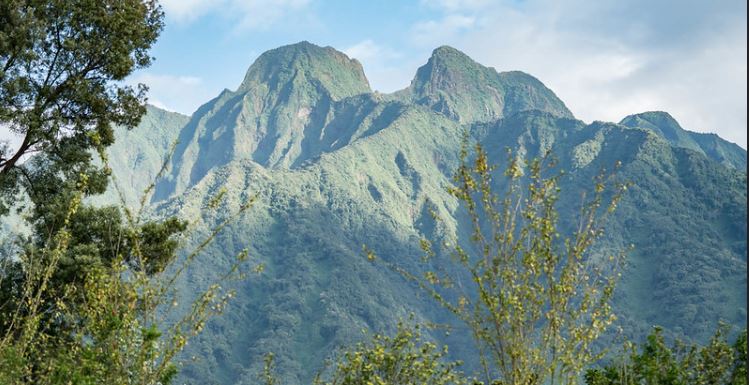 Primate species: During your hike to the different gorilla families in Mgahinga National Park you will come across a number of primate species that will be fascinating to see because of the playful nature.  When you come across them, you can take pictures at no cost this is because your gorilla trekking permit allows you to pictures. Some of the primate species that can be seen include red tailed monkey, black and white colobus monkeys, Mona Monkey, Vervet Monkey, olive baboons and the red tailed monkeys among other primate species which will make your gorilla trekking experience in Uganda memorable. 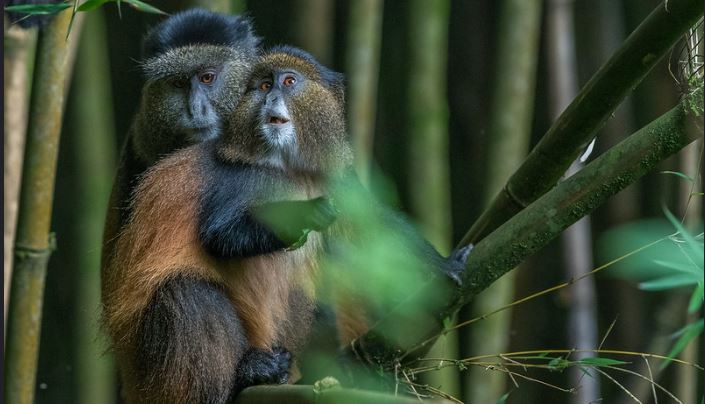 Bird and animal species: The park is not only home to the primates but also home to a number of bird species and animal species that can also be seen during the virunga mountains hike in the park which will offer the best gorilla trekking in Mgahinga National Park.