6 Facts about Golden Monkeys are some of the important tips and things that a traveller or a primates enthusiast must get to know about these primates. Golden monkeys are some of the endangered primate species in the world that can be found in the Virunga Mountains that are shared among three different 3 different countries in East Africa where you can participate in an East African Safari. 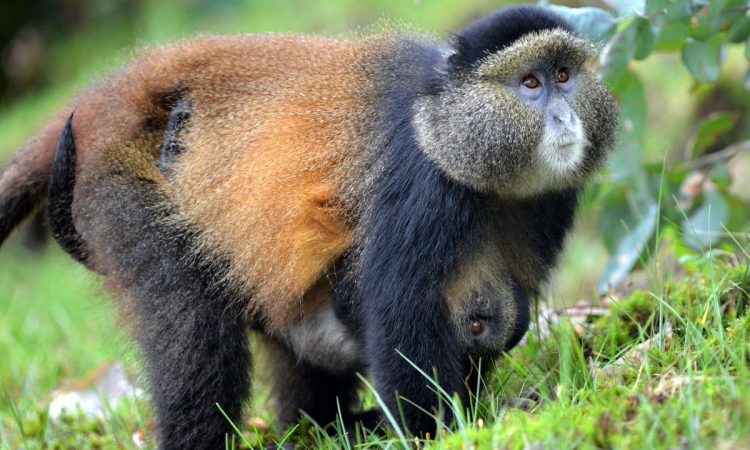 There is a lot that can be done in the Virunga Mountains including the Rwanda gorilla tours, gorilla trekking in mgahinga national park,  Rwanda cultural tours where you will visit the Ibyiwacu cultural village, birding in Rwanda can also be carried out on the different virunga mountains, karisimbi mountain hike, Nyiragongo hike among other activities but one activity that is gaining popularity just like gorilla trekking is golden monkey trekking which can be carried out in Mgahinga national park, Volcanoes National Park and Virunga national park.

It is advisable that before you participate in golden monkey trekking here are some facts you should know about the golden monkeys to make your trip to the primates memorable. 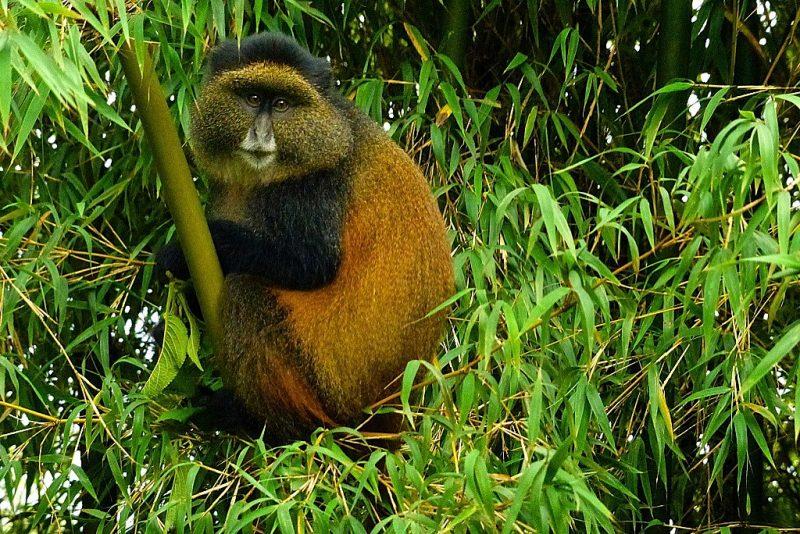 1. Habitat: This is one of the key 6 facts about golden monkeys. The golden monkeys can only be found in the Albertine rift especially in the virunga mountains where they can be seen in the different national parks like Kahuzi Biega National park where you can see the eastern lowland gorillas, Virunga National Park a park known for its numerous activities like the Nyiragongo mountain hike where you will find out about the different facts about Nyiragongo hike.

2. Diet: Among the 6 facts about golden monkeys, one should know their diet. Just like the gorillas, the golden monkeys are herbivorous primates that feed mainly on bamboo trees, shoots, branches as their source of food but they can also feed on flowers and in rare occasions they can be seen eating invertebrates like termites snails among others. But it should also be noted that the in seasons where the fruit is readily available, the golden monkeys tend to abandon the bamboo in order to feast on the fruits. There in areas where bamboo and fruit is readily available the golden monkeys will choose fruits and it is not yet proven why they are very much interested in fruit.

3. Social structure: The golden monkeys are usually found in different groups of many members and usually an adult male is the dominant member of the group that exercises mating with the different adult females in the group. The golden monkey group consist of many females compared to males. In a group, you will find more females than males and in some instances, you can find two or three males in a group of females. And the dominant male is the overall seer of the group and they usually protect the group from any harm.

4. Behaviour: The golden monkey’s behaviour in the wild is quite fascinating once seen therefore you can choose to participate in golden monkey trekking in Rwanda to find out more about the activity. The golden monkeys are quite different from the gorillas that sleep in a different nest every night and more about the gorillas’ behaviour can be found in the 10 facts about gorillas. The golden monkeys though can sleep in the same nest they slept in during the night after a full day of feeding even if they had travelled a long distance; they come back to the same spot where they slept. And these mainly prefer areas with plenty of fruit and bamboo.

5. Reproduction: A dominant male in the golden monkey group has all the rights to mate with any given adult female in the group for purposes of reproduction. When an adult female gets pregnant, the gestation period is 6 months where a young one is given birth to with all fur. The golden monkeys have a distinctive season in which they mate in which is also another problem when it comes to increasing their numbers because they limit their reproduction which is different among different primates like gorillas that mate at any given time.

Aside from their golden and black fur which makes them difficult to differentiate, the females and males can be told apart easily with the differences in the their colour variations it should be noted that the males have a dark gold and black coating of fur which is not the case for the females whose colour of the fur is slightly pale and lighter than that of the males and because little is known about the monkeys, come and take part in golden monkey trekking in Rwanda, Congo and Uganda to know more about the primates.