Lake Mburo National Park is located in Isingiro district in the western part of Uganda. Lake Mburo National park was gazetted in the year 1933 as a regulated hunting area, this was a deliberate government policy on promoting tourism and protecting natural resources. This park was later upgraded to the status of a game reserve in 1963 was later fully transformed into a National park in 1983. It is a perfect destination for a Uganda National Parks Tour and a traveler will be amazed by its closeness to the city. 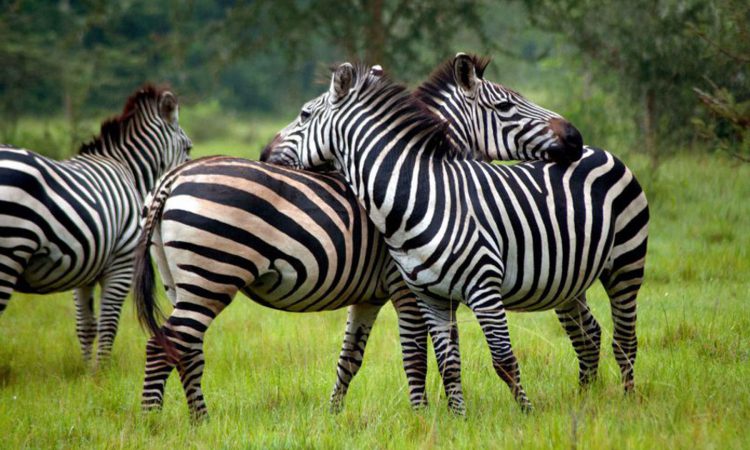 Lake Mburo national park has a variety of attractions ranging from mammals, bird species, lakes, and more others as explained below;

However, Lake Mburo national park has a lot of activities taking place including;

Game drives: This activity can either be done during the day or at night. Lake Mburo National Park is on a flat area thus making the Game drive the major activity enjoyed by most visitors under the supervision of the Uganda Wildlife Authority guide rangers. In Lake Mburo national park, there are both day and night game drives. During the day game drives, the visitors are able to see the impalas, Elands, antelopes, buffaloes, giraffes, topis, warthogs, zebras, waterbucks and many more animals and birds while during  night game drive the visitor can see some rare creatures which were not seen during the day like bush babies, porcupines, pottos and more rare animals, birds and insects.

Guided Nature Walks: with the aid of the ranger guides From Rwonyo the park center, visitors are allowed to walk openly in Lake Mburo National Park and this activity is normally done in the morning hours. During this activity, visitors are able to walk towards the Rubanga forest where there is a variety of bird species good enough for the birders, walking towards the western part of the park helps you to encounter mammals including hyenas returning from their dens, hippos coming from eating since they always eat a lot at night and protect their bodies from heat during the day, zebras, eland, topis, giraffes, antelopes, birds, buffaloes as well as the butterflies and many insects. You will also take the trail into the top of the hills and view Lake Mburo and beyond. You will view the 9 of the regional lakes that are found in the park. And then the guides will lead you to the salt lick where you will watch the animals licking the salty rocks at Rwonyo

Salt licks: This activity is normally done during the guided nature walks with an armed ranger. Uganda Wildlife Authority has also has put in place a raised wooden platform where visitors stand as they watch the animals licking the tasty soil

Exploring Rubanga forest:  This forest has several tree species including; fig-trees, Platycaluz, Markham, palm, acacia among others .in this activity, visitors explore the forest with a closed canopy which is made with the Uganda Wildlife Authority at the park. Watching several bird species in this activity is very interesting for the birders and the most available bird species are; green pigeon, shoebill stork, harrier hawk, among others.

Hiking: Hikes through the savannah woodland and Rubanga Forest provides an opportunity for the visitors to sight forest birds and mammals, while the hike to the top of the hill enables the visitors to have wide range view of the major 9 lakes out of 14. In this activity, tourists are guided by the company ranger guide under the guidance of the Uganda wildlife Authority

Sport Fishing: Lake Mburo has six fish species including; Tilapia, catfish, Angara fish, barbell, tigerfish, and lung fish though. The most common fish species caught is the Tilapia fish. Visitors in this park are allowed to carry out sport fishing where they can catch some tilapia species at mazinga fishing ground which is designated for sport fishing. However, visitors who wish to carry out this activity, must carry their own fishing equipment or obtain them from Mihingo lodges and seek permission from the Uganda Wildlife Authority.

Boat cruise: This activity is mainly carried out on the Eastern Shore of the Lake. While on boat cruise several animals are seen such as Hippos, crocodiles, and different birds species such as the Black crake, pelicans, cormorant, pelican, king fishers, herons, the fish eagle, the shoebill stork, and many more bird species. Also, this boat cruise will get you to come face to face with the flora and fauna of the lake.

Horseback riding: In Uganda, Lake Mburo national park is the park where tourists carry out game driving at the back of the horse. And in this activity several wildlife, birds, and insects are easily seen and the only noise heard in the background will be the noise of the wildlife, birds and insects. This activity is organized by the Mihingo lodges can be best done if you are staying at Mihingo Safari Lodge.

Bicycle tours:  since lake Mburo national park is on a flat area, guided bicycle riding activity is easily carried. In this process, visitors are able to see Lake Mburo, several animals such as    the zebras, antelopes and bird species such as water birds, woodpeckers and many more are seen.

You will also be able to meet the Rwenjeru campsite as they teach the traditional cattle watering adventure, processing of the organic foods and juices and many more. And also, the Igongo cultural institute is yet another group you shouldn’t miss out while on cultural experience and tour as you will see the cultural museum, which shows the south western region culture of Uganda, they will cook for you some traditional foods like millet bread locally known as Karo, mayonnaise locally known as Eshabwe as you watch the Rwabarata Drama group dancing the ancient Banyankore traditional dance called Ekitaguriro which is danced during the festivities.

Conclusion: On your way to Lake Mburo national park, you should not forget to make a stopover at the Equator, where most tourists wish to have a look at the Equator crossing through Uganda, take some pictures and refresh your mind with some snacks and drinks. You can also buy some hand crafts there. then proceed to the park and enjoy hiking through Rubanga forest which is the especial place for birders, ride on the horse’s back, watch salt licking animals, beautiful sceneries and the water bodies do some sport fishing and in case you catch any fish, you are free to take it to your lodge where it will be prepared for you and you enjoy.