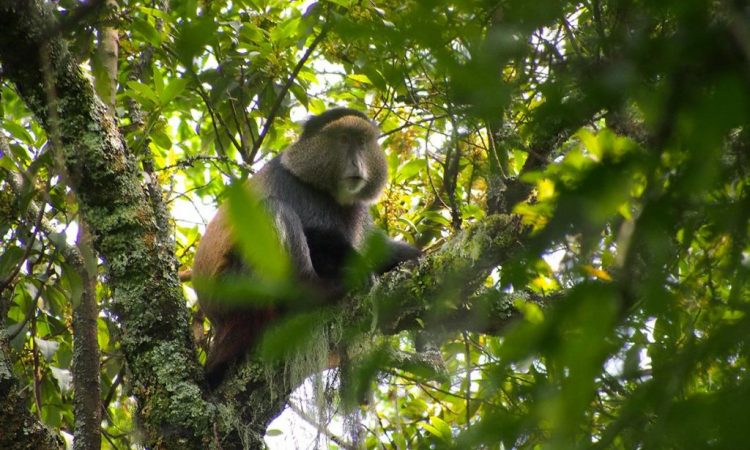 Among the different activities, golden monkey trekking is one of the amazing activities that can be carried out during your Rwanda Tour which will ensure that your time is well spent in Volcanoes national park as you participate in the activity. Golden monkey trekking can be carried out in volcanoes national park, a park famous for housing some of the endangered primate species that can only be found within the Virunga massif. In the park, you can carry out the activity in the activity after hiking the Virunga Mountains namely; Mount Gahinga, Mount Muhabura, Mount Karisimbi, Mount Sabyinyo and Mount Bisoke where the habituated golden monkey troops in the park can be found.

With golden monkey after hiking the Virunga Mountains and you access the habituated troops, you will get to spend an hour with the primates understanding their behavior in the park, their co-existence with one another, there feeding patterns and so on. For tourists interested in participating in the rewarding activity, you will have to pack a number of essentials to ensure you have a comfortable yet entertaining trip.