Travel Guide for Golden Monkey Trekking is a wholesomely inclusive article about the activity and will give you a great insight into what to expect in this activity. Volcanoes National Park is known for its Rwanda gorilla tours and gorilla trekking but the park is not only home to the endangered mountain gorillas but also the endangered golden monkeys which is another interesting primate species that can be seen during the primate safaris in volcanoes national park. If you are interested in participating in golden monkey trekking in volcanoes national park, below is the travel guide that should guide you while participating in golden monkey trekking; 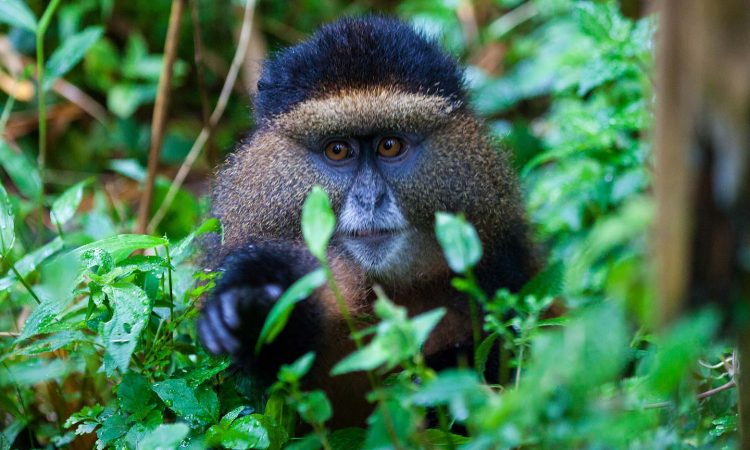 A ranger: An armed ranger will follow the golden monkey trekking group and will offer protection to them by avoiding any attacks from any wild animals in the park like the forest elephants, bushbucks, hyenas among other animal species. It should be noted that the golden monkey trekking permit gives you a chance to have a guide that you do not have to pay to protect you during your activity.

A guide: With golden monkey trekking, you will have the chance to have a knowledgeable guide who will offer amazing experiences as you hike to the golden monkeys on the different slopes of the Virunga Mountains.  The guide will make the trip memorable for you by offering the most viable information about the golden monkeys; you will get to know facts about golden monkeys in volcanoes national park, their diet, the behavior and co-existence between one another which is quite an interesting activity.