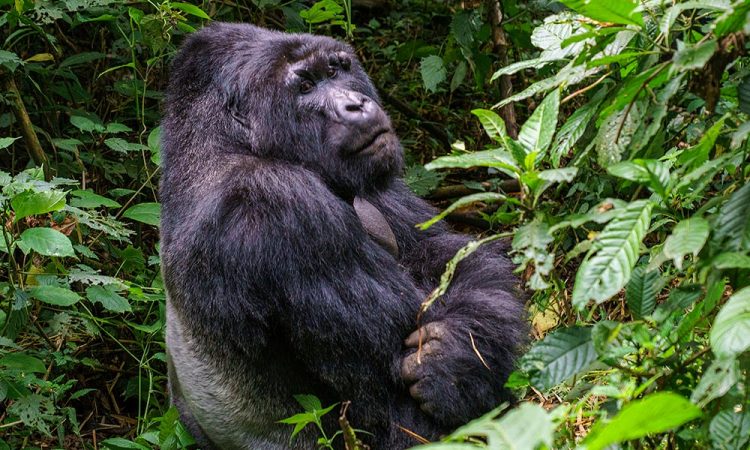 Primate Species to find on Safaris to Virunga

Gorilla trekking: Gorilla trekking in the park is one of the most rewarding activities that can be carried out in virunga because you will get to visit the different Congo gorilla families with their different interesting features, for example, Munyaga gorilla family which is best known for its bald gorilla known as Kadogo and Bilali an adult female of the group which gave birth to gorillas that lost their lives after being born, the gorilla family can be found around Bukima area of the park, Bageni gorilla group which is known for being the largest gorilla group in the park without any conflicts among other gorilla families in the park.

Chimpanzees trekking: In the park, there are over 400 chimpanzee species in total with a number of chimpanzee habituated troops that can be trekked in the park.  Chimpanzee trekking is an interesting activity that can be carried out in the park where you will get to spend an hour with the habituated gorilla troop where you will get to know the different facts of the playful primates like their feeding patterns, sleeping patterns, their sleeping patterns, how the young ones are taken care of by the adults among other interesting facts about chimpanzees.

Nature walks: For other primate species in the park like the different monkey species like Dent’s Mona Monkey, De Brazza’s monkey, Red colobus monkey, Grey-cheeked Mangabey, Hamlyn’s Monkey, and Blue Monkey that can be seen during the nature walks in the park you will be able to see them swinging from one tree branch to another while in the park and you will also get the chance to see a number of other attractions.

There are different mammal species that can be seen within the park and some of the species include the African Bush Elephant, Hippopotamus, African buffalo, Okapi, Uganda Kob, Topi, giant forest hog, common warthog, giant pangolin, marsh mongoose, western hyrax, western tree hyrax, bush squirrel, lions, among other animal species and these can be seen during the different activities like;

Game drives: During the game drives, you will get the chance to see the different animal species like the herbivores grazing in the grasslands of the park like the zebras, elephants, bushbucks, Uganda kobs among other animal species. If you’re lucky enough you will also get the chance to see a number of carnivores like the leopards, hyenas, lions trying to catch prey which are the herbivores.

Amphibian and Reptile species: In the park you will also have a chance to see a number of amphibian and reptile species like the chameleon, African tree toad, xenorhinium, Rain forest frog, Rainbow toad, leptopelis kivuensis, the Nile crocodile and many other species that can be seen during the nature walks and the boat cruises scheduled in the park. During the boat cruise you will get to see the different reptile species that can be seen within the park and also a number of water birds and other bird species like can also be seen during the activity.

Virunga national park is a birder’s paradise and it’s the ideal place for tourists interested in participating in the wildlife safaris in Virunga. There are different bird species that can be seen in the park during the different activities like boat cruises, nature walks, hiking Mount Mikeno, but the park also organizes birding safaris within the park where you have the best opportunity to see the numerous bird species since the activity involves dedicating your time looking for different bird species and these can be seen within the park because it is a habitat to over 400 bird species like the bronze sunbird, northern puff back, common waxbill, thick-billed seed eater, mountain sooty, collared sunbird, bronze mannikin, olive woodpecker among other bird species.