Are Gorillas Dangerous? Gorillas generate a lot of money for the countries in West, Central, and East Africa where they live. Most travelers that trek these huge creatures are frequently asked, “How hazardous are gorillas?” This is a frequent question that most travelers have before embarking on an African gorilla trekking expedition. Well! I would agree that these endangered gorilla species are dangerous to be near, and I would also agree that gorillas may be hostile to humans if provoked. 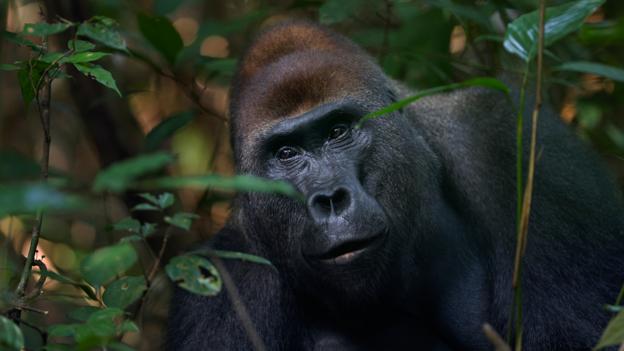 Gorillas are renowned to be kind, calm, and friendly primates, and the fact that they share 98 percent of their DNA with humans only confirms that they are more similar to us. Gorillas are sociable creatures who turn hostile against people only when they feel threatened.

Although there have been near contacts between gorillas and people over the years, only a handful of these occurrences have resulted in a human being’s death. According to a 2012 analysis of gorilla-human conflict, there were just three occurrences of gorilla assaults prior to the year 2000. Most primatologists and environmentalists agree that gorillas are not harmful creatures unless they feel threatened. When a gorilla believes it is under danger, it will make threats first. If a human ignores the gorilla’s threat show or goes in its path, it may respond by pounding, clawing, barking, biting, or even charging at the person.

According to Ian Redmond, a primatologist who worked closely with Dian Fossey in Rwanda for three years in the 1970s, there have been documented examples of gorillas assaulting and even murdering people, but such occurrences are rare, and humans are invariably to fault in most cases.

A silverback gorilla assaulted a poacher in Cameroon’s Kagwene Gorilla Sanctuary, according to a 2009 report on human-wildlife conflict. The man was setting up traps when the gorilla struck. Other fights between humans and apes have been documented in Bwindi Impenetrable National Park, but only when gorillas plundered the grain fields of locals living nearby. However, no deadly incidents were reported.

It is critical that visitors are trained on how to properly respect gorillas and how we should behave in their presence. It is entirely conceivable for people to come into contact with a bunch of gorillas and escape completely unhurt.

Tourists who plan to trek gorillas in Uganda, Rwanda, or Congo are often instructed on the norms and restrictions of gorilla trekking. It is critical that hikers strictly adhere to these recommendations in order to avoid any incidents that may agitate the gorillas.

Gorillas in the wild are not particularly hazardous, particularly if they have been acclimated. Gorilla habituation is a lengthy process that can take up to 2-3 years to effectively train a gorilla to interact with people. However, since they spend so much time with researchers, guides, and animal behaviorists, habituated gorillas are pleasant and used to humans. Uganda, Rwanda, and the Democratic Republic of the Congo are widely renowned for having a large number of habituated gorilla groups that tourists may monitor on any given day.

If you find yourself in the terrible circumstance of a gorilla coming at you, keep cool, kneel down, and avoid establishing eye contact above everything. If you follow these simple procedures, you will have a good chance of exiting the horrible situation.

Where can you find gorillas today?

When is the Best Time to Visit Gorillas?

Finally, visitors should keep in mind that gorillas, particularly silverbacks, are territorial creatures and will do all in their power to defend their area. When hiking gorillas in the jungle, remember that you are in their area and should treat them with respect. If you do this, you will undoubtedly love spending time with these beautiful and majestic creatures.