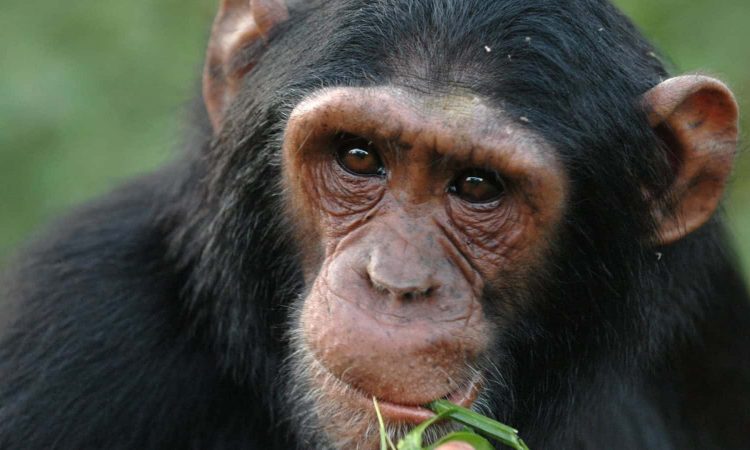 Chimpanzee trekking in Queen Elizabeth national park is as rewarding as chimpanzee trekking in Kibale national park and chimpanzee trekking in Budongo forest where you will get to spend  time with the habituated chimpanzee troops that you will get to spend one hour with the species observing their different behavior in the park like their feeding behavior for instance the adult females in a chimpanzee troop harvest fruit and other edible leaves for their young ones and for the juveniles in the troop harvest their own food, you will also get to see the supreme leader of the group who has all the mating rights in the group that can mate with all the females in the group without any hesitation among  other interesting features of the primates. interesting about the activity is also the fact that you will also get to see a number of rewarding attractions like the different bird species like the  long-crested eagle handsome Francolin, Rwenzori Batis Dusky turtle love, paradise flycatcher, archer’s ground robin, African Rwenzori, double collared sunbird, marsh harrier, Ruwenzori turaco, common moorhen Ruwenzori night jar, grey throated tit, the dusky crimson wing, red-faced woodland, primate species like the vervet monkey, mona monkey, black and white colobus monkey, grey cheeked mangabey, silver monkey, red tailed monkey, dent’s monkey and other monkey species that  that makes it the valley of apes.