Closure of Ziwa Rhino Sanctuary in Uganda : Ziwa rhino sanctuary in Uganda is the only place where you can find the endangered rhinos among the reserves and national parks in Uganda if you’re interested in seeing them. Ziwa rhino sanctuary was established after the political instability which led to the death of a number of rhinos in Murchison falls and as a way as to protect the  remaining species, they established the sanctuary to increase the numbers and over the years a number of rhinos have been bred there which has significantly led to the increase of their numbers and also a number of animal species have also been introduced to the sanctuary which has made it one of the notable stopovers while visiting Murchison falls national park. 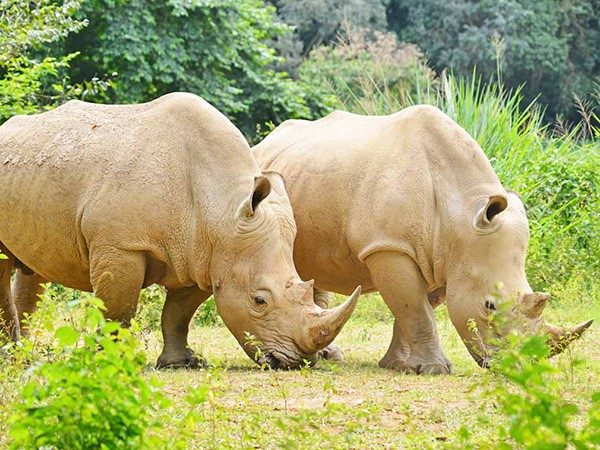 Some of the attractions you will get to see when you visit Ziwa rhino sanctuary include a number of wildlife species like; the crocodiles, the endangered shoebill stork, the antelopes, hippopotamus, the black and white colobus monkeys, mona monkeys, blue monkeys and many other attractions that make the sanctuary one of the  destinations to visit during your Uganda safari.

As a way to protect the rhinos, the Uganda wildlife authority in the letter its issued on 16 April 2021, there has been a number of plans put in place like plans to introduce the rhinos to a number of protected Uganda wildlife areas that are yet to be confirmed. There have been number of feasibility studies carried out to ensure that the areas where the rhinos will be introduced are the most suitable locations that will not hinder with their survival after introduction to a new area.

For tourists that miss out on the opportunity of visiting Ziwa rhino sanctuary they can visit a number of other destinations in Uganda where you will get to see a number of other wildlife attractions for a memorable safari in Uganda.