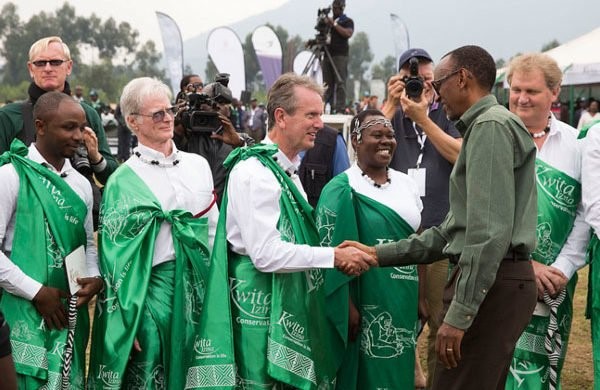 This year the 13th KwitaIzina event took place on 1, September, 2017 at Musanze district in Kinigi sector as usual. Thousands of residents from Musanze district and distinguish visitors from different countries in the world such as Haiti, Nigeria, Kenya, Germany, USA and France were there to attend the event.

Esteemed guest was He is excellence Paul Kagame, the president of republic of Rwanda It was great time to those who attended this event to hear encounter of His excellence Paul Kagame with mountain gorillas 14 years ago.

“we went to visit gorillas, we were with very senior guest, as were were there, one of baby gorilla got scared and screaming the silver back came towards us and it seemed that was ready to fight, the guide told us to get down, as we were down the guest whispered at me, can you tell these gorillas that you are the president and I told my guest that I didn’t want a fight with the gorillas in their habitat, that the silver back were the kings at that moment”.

See more photos from the event below;