Main Causes of the 1994 Rwanda Genocide

Rwanda is a landlocked country in central Africa (Heart of Africa), country is also known as “Land of thousand hills” with land area of 26,338km2. It lies 75 miles southward of Equator, 880 miles west of Indian Ocean, and 1,250 miles east of Atlantic Ocean. 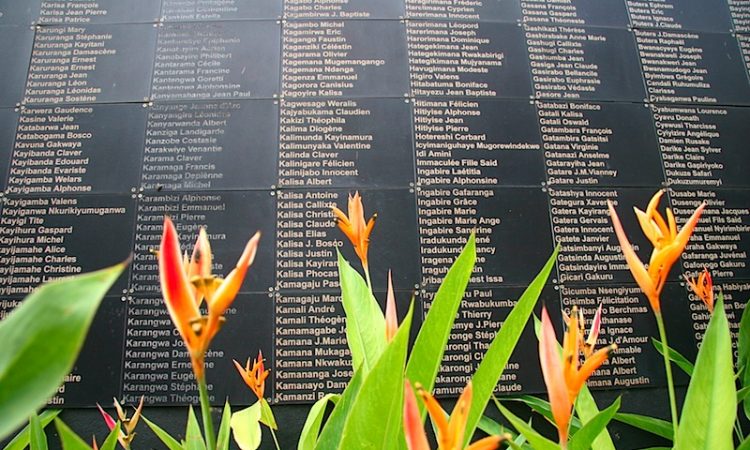 Rwanda is bordering Tanzania to the East, Democratic Republic of Congo to the west, Uganda to the North, and Burundi to the south.

According to the Genocide Convention of 1948, Genocide defined as “Intent to destroy, whole or a part of a Nation, Ethnic, and Race or religious group by a government or others that have power over all the victims stated above. This Genocide convention stated that” at all history genocide has led to the great losses of humanity”.

The genocide against Armenians, the Holocaust and the1994 genocide against Tutsis in Rwanda occurred in Twentieth Century, this influenced the people to name the twentieth century as” The century of genocide”.

Despite the Genocide against Tutsi in Rwanda, every genocide has many pre- condition stages such like: classification, Symbolization, Discrimination, Dehumanization, Organization, Polarization, Preparation, and Persecution, which consist of some causes of the massacre against the victim group.

Dehumanization: where one group denies the humanity of the other group, members of it equated with animals, insect and vermin or diseases. At this stage hate propaganda in print, and on hate radios are used to vilify the victim group. For instance; in Rwanda, Tutsis were termed “Inyenzi” means cockroaches, “Inzoka” means Snakes, the Rwandan politicians used to tell the Hutus that” kill that snakes and cockroaches whether they are adult or kids because they are nothing but the parasites”, and also to kill the Tutsis were called “bush clearing”. All these genocidal languages/ideologies used by politicians boosted the engagement of Hutu people in mass killing. The hate propaganda was spread by using Newspapers like: Kangura means “wake them up”, Kanguka means”wake up”, and public broadcasters like RTLM (Radio television libre des mille collines).

Organization: genocide is always organized by the government by using stale, often using militias to provide deniability of state responsibility in the Genocide. The Rwandan government trained the youth Hutu militias and named them” Interahamwe” means those who fight/ attack together, bought the weapons and build armies, for eliminating the Tutsi people.

The Tutsi people who were in exile in the neighboring countries due to the 1959 civil war, wanted to come in their country, but former President Habyarimana Juvenale told them that” Rwanda is overpopulated, it is like a cup full of water, if you want to put other water in,  you have to throw away those which is inside.” Those refugees formed the rebel group called” Rwanda patriotic front” for the aim of returning back in their country.

Perpetrators bond together as a community with a kind of sacred cause, in the ritual of genocidal killing, the feeling is intensified through doing something extreme like the killing of people. In genocide against Tutsi, the militia (Hutu youth) group was called “Interahamwe” meaning “those who Attack together “or “those who fight together”.

In Rwanda, every Tutsi was accused of bringing about the economic crisis in the 1980s, a crisis that had been brought about by plummeting coffee prices, in order for power and dominance to be restored.

The Genocide against Tutsi in Rwanda affected the country in every corner of life, as more than million people were killed within 3months and other became refugees in the neighboring countries or overseas, properties and infrastructures were destroyed, the churches especially became the killing places, many women and girls were raped and infected Aids by the perpetrators.