Volcanoes national park is expanding  : Rwanda continues to claim its place as the leading destination and continues to better the experience for visitors coming to the country. A big number of guests fly into Rwanda via the Kigali International airport for tourism purposes. Rwanda has four national parks where tourists can spend some quality time exploring the natural resources of the country. 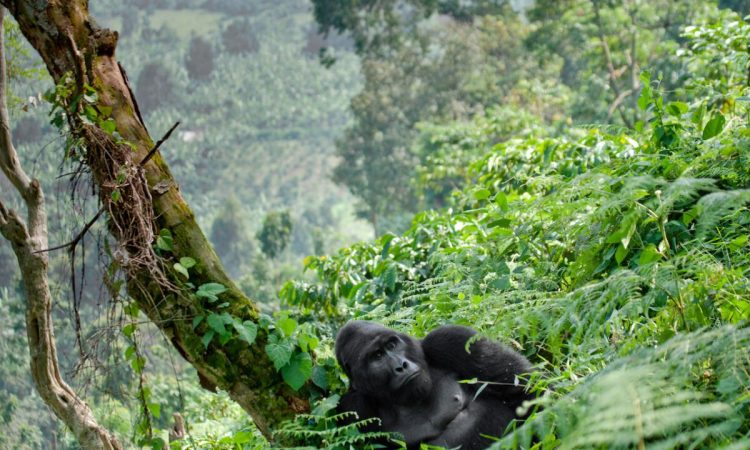 The Volcanoes national park is located in the north western part of the country and is currently sitted on 160 square kilometers estimated at 62 square miles and within this boundary is the over 12 mountain gorilla families, five of the eight Virunga Mountain ranges, golden monkeys and also the research center of the Dian Fossey, a fallen but respected primatologist who educated about conservation of the mountain gorillas in the area.

The Volcanoes national park has more attractions within its boundaries such as the Iby’iwachu cultural center that offers guests a chance to experience Rwandan culture, Buhanga Eco park that doubles as a campsite, a tropical waterfall on the walk through the Musanze caves another attraction of the park.

This 2021, Rwanda as a country has planned to expand the territory of their most visited park that is governed by the Rwanda Development Board and this is majorly looking at offering the mountain gorillas a brighter future to flourish with ample space and feel at home in their home. The expansion of the Volcanoes national park is a very ambitious and great project that the country has eyed.

This is surely a once in a generation type of project and the plan is to expand the territory of the national park by about 23% of the current land which is estimated at 37.4 square kilometers, approximately 3,740 hectares of land. This project is focused on the mountain gorillas but the local community leaving around or close to the park are also planned to benefit from the project.

The lives of the local people are set to be improved as they will be involved and more amenities will be put in place and in the same way look at making the visit to the mountain gorillas even more exciting and unforgettable. This project looks at creating about 17,000 and more job opportunities for the Rwanda people.

The total investment budget is estimated at 225 million USD for the expansion of the Volcanoes national park with 70 million USD to be set aside for the infrastructure and the livelihoods of the communities living around the park. The new buffer zone and the green home resettlement looks at reducing the human wildlife conflict in the area by 80%.

A larger park will aim at improving the mountain gorilla habitat and with this, a 15 to 20% increase in the animal life in the park is anticipated especially for the mountain gorillas. The Volcanoes national park also looks at a 50 percent reduction in the gorilla infant mortality.

How you can get involved

How you can support this initiative is by purchasing a mountain gorilla permit or taking on a Rwanda safari ensuring to visit the Volcanoes national park for any of the activities of this park.

You can also opt to purchase a Visit Rwanda Arsenal Gorilla Toy or even the jersey as the proceeds will go back into the project. The Visit Rwanda X Arsenal Gorilla toy is on the market and a percentage of each purchase is reverted to fund the expansion of the Volcanoes national park project. We look forward to helping you book your Rwanda tour visiting the Volcanoes national park to be a part of this initiative.