Best Time for Gorilla Trekking in Africa : Are you planning to visit Mama Africa to take part in Gorilla trekking? Perhaps! In this guide, you will learn the best time to take part in the memorable activity and what to expect at the different gorilla trekking destinations in Africa.  There are four gorilla types namely the eastern lowland gorilla, western lowland gorillas, the mountain gorillas and the cross river gorillas that are quite different from each other with rewarding features that can be seen when you visit the different destinations in Africa. 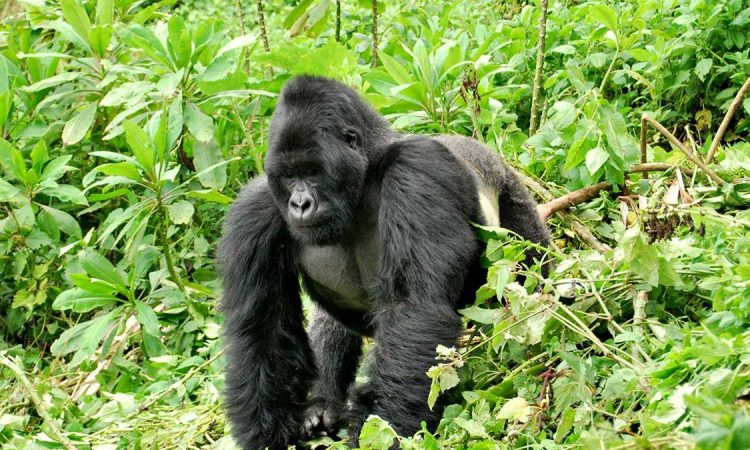 During gorilla trekking you will give you the chance to see all the four gorilla types in their natural habitat which will give you the chance to observe their rewarding features. For tourists interested in mountain gorilla trekking in Africa, you can take part in gorilla trekking in Uganda is Mgahinga national park which will help you access the habituated gorilla families by hiking the Virunga mountains in Rwanda that is mount sabyinyo, mount gahinga and mount muhabura. You can also participate in gorilla trekking in Bwindi impenetrable national park where you will access the habituated gorilla families in the four sectors of the park namely ruhija, rushaga, buhoma and nkuringo where you will get to see a number of rewarding attractions and also get to understand their behaviour in the wild.

While taking part in gorilla trekking in Africa, you will get to understand a number of questions asked by tourists when they participate in activities such as how often do gorillas give birth, is a gorilla stronger than humans, strength of a gorilla, what do gorillas eat, how tall are gorillas, strength of a gorilla vs chimpanzees among other interesting features all of which can be explained when you spend one hour with the gorillas observing their behaviour in the wild for instance their reproduction for instance the dominant is the only member of the gorilla family that has all the mating rights with the females in the gorilla family, you will also get to see how the females in the gorilla group entice the dominant male in the family in order to gain favour from the male  to mate with them and this involves them smacking their lips and slapping the floor to get the attention of the male and if she’s successful, the gorilla will mate with her and many other interesting features of the primates.

Gorilla trekking in Africa is an all year round activity that you can enjoy participating in however although all the seasons favour tourists to take part in the activities, it should be noted that some of the months make it difficult for tourists to access the habituated gorillas. During the dry season there is food shortage and this makes the gorillas to move longer distances searching for food which lengthens the hike to the habituated families and during the wet season food is readily available which limits the movement of the gorillas however it makes movement in the parks quite difficult.