Home » Causes of the 1994 Rwanda Genocide

Causes of the 1994 Rwanda Genocide : The 1994 Rwanda genocide was an unfortunate period in Rwanda where about 800.000- 1,000,000 tutsi were killed. The perpetrators of the genocide were the Hutu who were spearheaded by the hutu government led by Theoneste Bagosora, interahamwe which was led by Robert Kajuga, Impuzamugambi led by Jean Bosco Barayagwiza and Hasan Ngeze whose agenda was anti-Tutsi racism and Hutu supremacy and power. The genocide was such a dark time in country because of the number of people were killed, the mass rape of women and girls, mass destruction of their property. It should be noted that the 1994, Rwanda genocide was not the only genocide that targeted the tutsi, in 1962 a number of tutsi in the country were massacred leading to a number of them fleeing to the neighbouring countries of Uganda and Burundi. 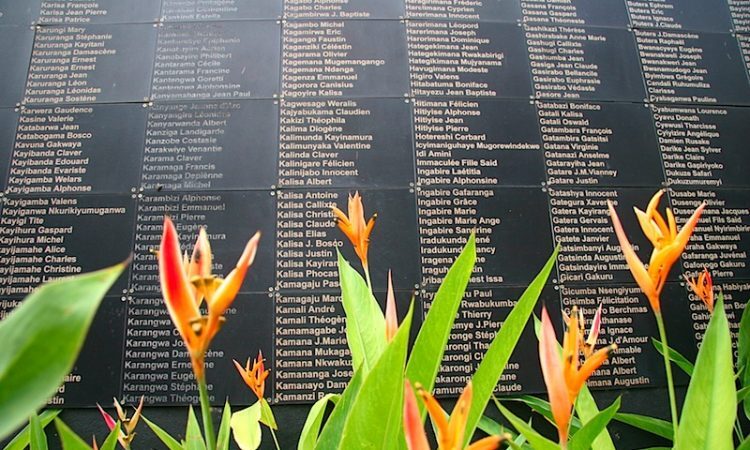 It is important to remember that Rwanda was colonised by Belgium, during the colonial era it should be noted that the Belgians favoured the Tutsi more than the Hutu and this was evident as they gave a number of political positions to the tutsi more than the hutu which they believed was quite unfair because of the fact that the hutu settled in Rwanda first before the Tutsi which they interpreted as unfair to them.

It should be noted that during the struggle for independence from the Belgians, there were tensions that built between the hutu and the tutsi because of the favouritism and after Rwanda’s independence from Belgium, the Hutu were able to control the government and the country witnessed the first genocide where a number of the Tutsis were killed by the Hutu extremists and this forced a number of the Tutsis to flee to the neighbouring countries like Uganda and Burundi.

The exiled tutsi that had fled to Uganda and Burundi, formed the Rwanda patriotic front a rebel group that was fighting for their rights to return to Rwanda during the 1980’s and because the reigning leaders the Hutu responded by launching a civil war as the military responding with force. With this the tension between the two groups increased the hutu using the media to paint the tutsis as a threat to the whole population of Rwanda.

With the civil war that broke out by the Rwanda patriotic front, the reigning president, juvenale Habyarimana decided to make an agreement with the Rwanda patriotic front so as to avoid the tension between the two and also to maintain peace. It should be note that despite the fact that the peace agreement was signed, the Hutu extremists scrutinised it and continued spreading hate against the tutsis.

The death of the president of Rwanda in 1994 Juvenale Habyarimana sparked off the 1994 Rwanda genocide. The then president of Rwanda was killed in an air crash after his plane was bombed and the Hutu extremists spread the narrative that it was the tutsi rebel group the Rwanda patriotic front that bombed the plane and this was the major cause of the 1994 Rwanda genocide the war against the tutsis that were in left in the country and this led to 100 days of massacre where around 800,000-1,000,000 tutsis were killed which was such a devastating time for the whole population of Rwanda as there was destruction of property, mass killings, gang raping of the tutsi women and girls, properties were destroyed, churches burnt down which was a terrible time for the country. More about the Rwanda genocide can be understood when you participate in the Rwanda genocide tour which will give you the chance you take part in the Rwanda genocide tour where you will visit a number of genocide memorial museums like the Kigali genocide memorial museum to understand more about the dark period in the time.

With the end of the 1994 Rwanda government and the rise of democratic leaders in the country, it has introduced a safe country and space for not only the locals with different beliefs and tribes but also the tourists that visit Rwanda to take part in the Rwanda safari, this has led to the increase of popularity to a number of tourism activities in Rwanda like

Gorilla trekking in volcanoes national park that will give you access to the habituated mountain gorillas in Africa, travellers can take part in number of primate safaris in Rwanda like chimpanzee trekking in Rwanda,  take part in golden monkey trekking in Rwanda which will give you the chance to explore the endangered monkey species that can be seen along the Virunga mountains in Rwanda, in the country you can take part in the wildlife safaris like the boat cruise on lake Ihema, game drives in Akagera national park, participate in hiking the Virunga mountains in Rwanda among other rewarding tourism activities in rwanda.