Top Activities in Volcanoes National Park 2022 : Volcanoes national park should be on every traveller’s bucket list when they visit Rwanda because of a number of rewarding attractions that you will get to see when you participate in the activities in volcanoes national park. Volcanoes national park is one of the best national parks in Rwanda that you should visit to ensure that you have an amazing Rwanda safari experience given the fact that you can see a number attraction that can be seen from the mammal species, numerous primate species, the Virunga mountains and many others. It should be noted that Rwanda is among the African countries that are safe to visit amidst the covid-19 global pandemic because of a number of restrictions and policies that have been put in place by the ministry of health and the tourism board to ensure that tourists have an amazing experience in the country without contracting the virus and spreading it to their fellow tourists and the locals making Rwanda one of the best destinations that should be visited in Africa. 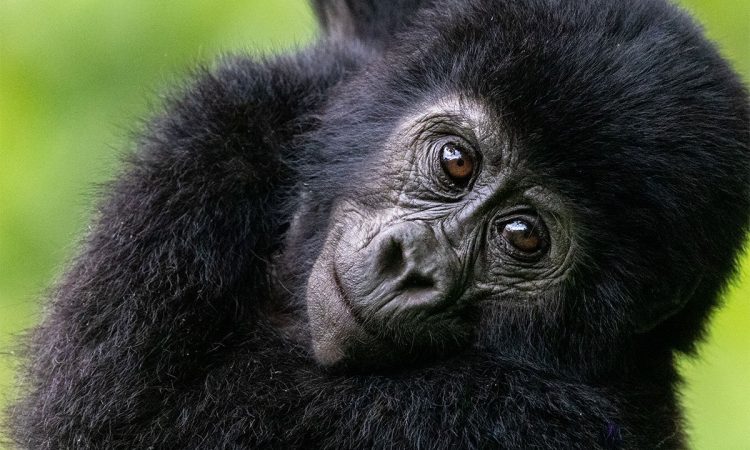 Gorilla trekking should be among the top activities in volcanoes national park 2022 because the park is home to half of the world’s remaining mountain gorillas that have been habituated for tourists to take part in gorilla trekking in Rwanda. In Rwanda, tourists will get the chance to spend time with the habituated gorilla families spending one hour with them understanding their behaviour in the wild like their feeding patterns and how they harvest their food, you will get to understand that the gorillas prefer fruit to any other food however they can also be seen eating bamboo shoots, you will also get to see the social structure of the gorilla family as you get to watch the dominant silverback of the family, you will see the adult females taking care of the infants, you will also get to see the juveniles grooming one another, you will also get to see and hear how they communicate with one another by slapping the ground grunting, belching among other interesting features of the primates.

Volcanoes national park is home to five Virunga mountains that is mount gahinga, mount muhabura, mount karisimbi, mount bisoke and mount sabyinyo which will give you the chance to understand to watch a number of attractions as you hike the different mountains. During mount muhabura hike, you will get to see rewarding views of the twin lake in Rwanda that is lake Burera and lake Ruhondo, while you hike Mount Karisimbi and Mount Bisoke, you will get to see the karisoke research station where Dian Fossey carried out her research on the gorillas and trained them for gorilla trekking in Rwanda, Congo and Uganda, you can also get to see a number of primate species in the park like the dent’s monkey, silver monkey, vervet monkey, the Hamlyn’s monkey, the black and white colobus monkey, numerous bird species among other  interesting attractions that will make your Rwanda safari quite rewarding.

As part of the top activities in volcanoes national park 2022, birding should also be on the list which will give you the opportunity to see the numerous bird species like the migratory species from Europe, the guinea Congo biome species, Albertine rift endemic species that will make your safari quite memorable. Some of the species that can be seen include; the blue turaco, Ross’s turaco, coqui Francolin, long tailed cisticola, bubbling cisticola, Miombo wren warbler, Chubb’s cisticola, the long-crested eagle handsome Francolin, Rwenzori Batis Dusky turtle love, paradise flycatcher, archer’s ground robin, African Rwenzori, double collared sunbird, marsh harrier, Ruwenzori turaco, common moorhen Ruwenzori night jar, grey throated tit, the dusky crimson wing, red-faced woodland warbler and  many other bird species that will make your safari quite memorable.

Volcanoes national park is home to the endangered mountain gorillas but it should also be noted that the park is also home to the endangered golden monkeys that can also be accessed when you participate in golden monkey trekking in Rwanda. The activity involves tourists hiking the Virunga mountains in Rwanda in order to access the habituated primate troops and during the transfer to the golden monkey troops, you will come across a number of attractions like the numerous bird species like the Albertine rift endemic species that can only be found within the Albertine region like volcanoes national park, Mgahinga national park and Virunga national park.

When you get to the habituated chimpanzee troops, you will get to understand a number of interesting features about the primates with the help of a knowledgeable guide who will give you all the relevant information about the primates like the fact that they can live up to 19 years, you will get to see how little and mesmerizing they are given the fact that they range between 48 and 67 centimeters, the males can weigh between 4.5-7kilograms and he females between 3.5 kilograms to 4.5 kilograms and many other interesting features that will make the activity quite memorable.

Among the top activities in volcanoes national park 2022 that you should not miss out on, dian Fossey hike should be on the list which will give you the chance to understand more about the works of the American primatologist that worked so hard to ensure that the gorillas were protected in the wild and because of her works she was able to decrease the rates of poaching gorillas in Rwanda and also help to train the gorillas to be accustomed to human presence hence ensuring gorilla trekking in Africa to be possible especially for tourists interested in taking the mountain gorillas in Africa. Although Dian Fossey helped with all of this, unfortunately she was found dead in her cabin and buried at the gorilla cemetery where she buried all her gorilla friends that were killed by poachers. Participate in the hike to understand more about her contribution to gorilla trekking in Africa and the sustainability of the gorillas in the wild.