For many planning a Gorilla trek, the distance between Volcanoes national park and Bwindi forest national park could be key to deciding which park to visit or which airport to land at or depart from. Having this information could greatly affect your decision and can actually help you save money on your Gorilla trekking safari. 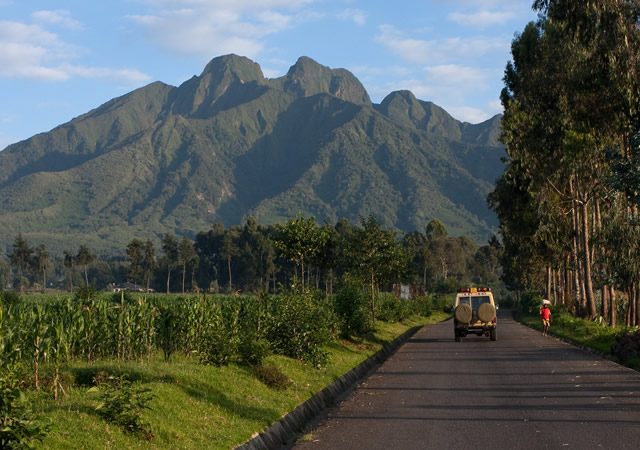 While Bwindi National park is bio diverse mountainous area in southwest Uganda on the edge of the Rift valley, it inhabits about 400 mountain gorillas, roughly a half of the world’s remaining gorilla population, including several groups, which can be tracked.

From Kigali international airport, it takes 3hours drive to reach volcanoes National park, while it takes a trip of 600km with 10 hours westward by reaching Bwindi national park from Kampala city.