Mount Nyiragongo Erupts : Mount Nyiragongo is among the world’s wonders that tourists from around the world come to the democratic republic of Congo in order to see the world’s largest lava lake at its summit. Located in virunga national park the park famous for a number of activities like gorilla trekking in Congo where you can see the endangered mountain gorillas, mount Nyiragongo hike, chimpanzee trekking in virunga national park and many other tourist attractions. Tourists from around the world enjoy the rewarding views of the Lava Lake and lava boiling underneath the earth. 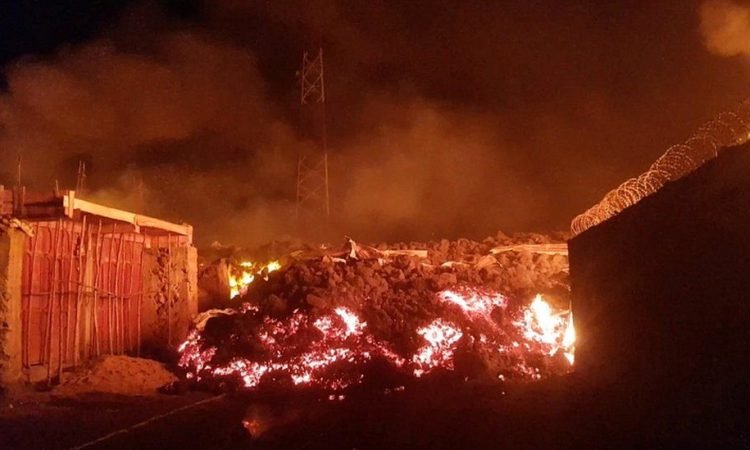 With such beauty there’s a danger hidden behind it given the fact that it can erupt at any given time of the year. The mount has erupted at least 34 times and its last eruption was in 2002 which left behind a number of tragedies like the displacement of people making over 120,000 homeless after  the loss of their shelter, death of 250 people  and also a number of animals  were killed which left  the country in mourning and despair.

Last year  the Goma volcano observatory director katcho Karume stated that the volcanoes lava lake had been filling up quickly which increased the chances of eruption and also stated an earthquake would trigger the eruption and on Sunday morning  the communications minister Patrick Muyay tweeted that the intensity of the lava had slowed  and with- such information and a number of rumours, a number of residents were seen fleeing the areas around the mountain to avoid being victims of the dreadful events and these mass migrations happened before the government would announcing evacuation  of the people around the areas. The lava has been seen flowing towards the forests flowing away from the city, a number of houses have been destroyed, graveyards, plantations and many other people’s belonging and the flows reached the airport.

In order to avoid the  situations that happened in the 1977 eruptions where  over 600 people died, a mass evacuation has been launched in the city of Goma and there has been migrations to nearby Rwanda which has welcomed the migrants . The Rwandan authorities stated that about 300 people have crossed from Goma and these are going to be accommodated in houses of worship and schools which is quite a challenging task amidst covid-19 fears.

It should be noted that Rwanda is among the African countries that have fought hard to protect the locals and tourists against covid-19 and with these migrations it will take a toll on the efforts that were put up by the government but with the camps it will help contain the individuals in the designated areas.

With the rate at which lava flows from  mount Nyiragongo which has been deteriorating  as stated by an official in virunga national park where the park is located however it has reached the town, the  airport and it is likely to reach the shores of lake kivu and other districts are not in danger of the eruptions which is quite similar to the 2002 eruption  which also killed a number of residents and by this, a number of residents have been told to evacuate the areas around the mountain without any delay in order to avoid any deaths this is because none have been recorded.

The fate of tourism after the eruption

With mount Nyiragongo eruption there is going to be a number of effects that will directly affect the tourism in the country including virunga national park where  the mountain is located.

A number of tourism activities in virunga national park are on a stand still because of the ongoing eruptions and the need to protect the tourists and the locals against the eruptions therefore for any tourist interested in taking part in the activities, they should consider rescheduling or avoiding booking for any activity because all activities in the park are suspended until further notice when the residents are safe and the mountain has stopped erupting.