Rwanda to host 2021 CHOGM: Rwanda continues to stand out on the African continent with its visible strength and economic development at a fast. Rwanda this 2021 has been the selected country to host the heads of the governments for the 2021 Commonwealth Heads of Government Meeting. This Commonwealth heads of Government meeting (CHOGM) is held every 2 years where a number of leaders from the commonwealth association come together from all over the world to sit and discuss matters of importance. 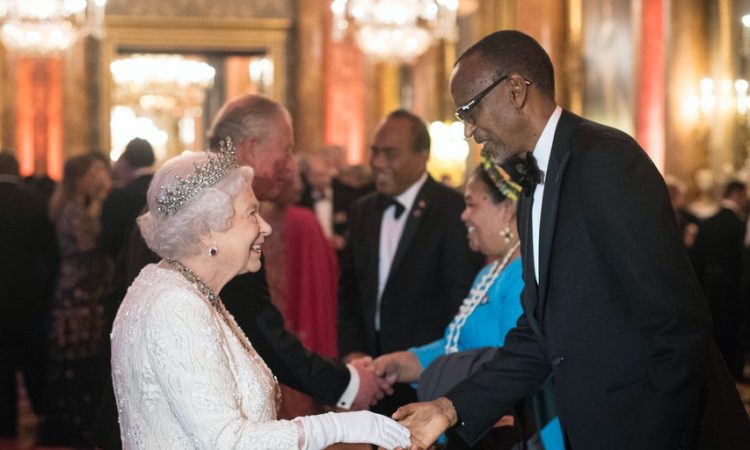 H.E Paul Kagame, the current president of Rwanda along with the Rt Hon Patricia Scotland the 6th Commonwealth Secretary General confirmed Rwanda being the host country for the 2021 meeting and also further announced the new date for the 2021 CHOGM which is the week of 21st June 2021. This can be a week-long of meetings and discussions among heads of countries. This meeting was previously expected to be held in June 2020 but as it is world widely known, events and conferences were halted to curb the spread of COVID-19 as well as travel which made it impossible to hold this meeting but with the current proven effective standard operating procedures in place, the conference has been given a go ahead and new date.

The Commonwealth nations majorly refer to the countries or nations that were once ruled but the Great Britain but are now sovereign states. These states however are still loyal and committed to the British Crown. The commonwealth association is comprised of some of the largest, the smallest, the wealthiest and the impoverished nations. This put about 2.4 million individuals under the commonwealth rule. The major aim of the commonwealth association is to promote prosperity, democracy, peace, freedom of speech while giving the smaller nations a voice and also protect the environment of these countries.

The theme for this 2021 CHOGM meeting will be “Delivering a Common Future: Connecting, Innovating, Transforming.” The heads of state will have a discussion on how to deliver the things that were discussed in the previous meeting that was held in London in 2018 with a theme of “Towards a Common future”.

Rwanda as a country looks forward to hosting the several states leaders but travel post COVID into Rwanda has had a few regulations that the country has been following for all travellers into the country recommended and approved by the World Health Organization.

For this Common wealth meeting, the country will have extra measures put in place as there will be a great traffic of people coming in from over 50 states. Rwanda authorities will green zone areas in the country for the representatives from the commonwealth countries to access throughout their stay in Rwanda.

These individuals, all week will be the only ones that will be allowed to access these places along with the service providers upon show of proof of a valid negative COVID-19 Test result. These places will be out of reach for the local people or anyone not associated to be a part of this conference. Another measure that will be put in place this week of 20th June 2021 will be maximum disinfection and strict prevention measures in these green zoned places for the meeting representatives.

The citizens of all the Commonwealth countries are to get a free 30 day visa upon arrival at the Kigali international airport. Tourism in Rwanda is open so be sure to book a tour when in the country to visit the mountain gorillas of Rwanda or the chimpanzees and get a taste of the culture of the Rwandan people.