Home » What is Stronger a Gorilla or Chimpanzee 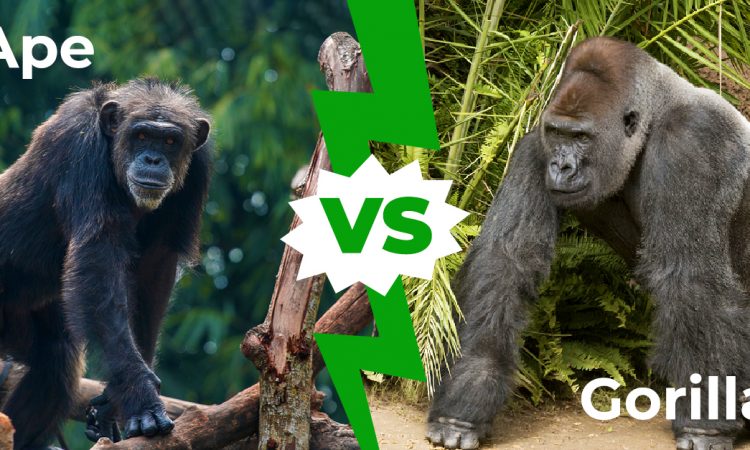 The strength of a gorilla is directly dependant on its diet which comprises of a number of edible foliage like bamboo shoots, wild celery and in seasons where fruit is readily available, they can be seen opting fruit to any source of food. It should be noted that the gorillas can travel up to 500 metres searching for food in seasons where there is food scarcity but in situations where there is food availability they will limit their movements until they finish the food in the area. However even though the gorillas can stay in an area where they can access food, they will construct a different nest every night and this is because of the need to avoid parasites from breeding in their bedding. Gorillas can eat up to 18 kilograms of food daily which contributes to their weight, an average adult male can weigh up to 136kg to 227kg and an adult females  68kg-113kgwhich is quite heavier than the average weight of an adult male which is about 75kg 115kg  and a female 65kg-100kg

The chimpanzee strength is as a result of their diet which comprises of fruits, nuts, leaves, plants, mushrooms, flowers, insects and to be different from the gorillas establish a territory that they settle in that even if they travel many metres away from it looking for food, they can come back to their territory for overnight stay. And compared to the gorilla weight the gorillas are less heavy compared to the gorillas where an adult female chimpanzee can weigh about 27-50kg and an adult male about 40kg-70kg.