Visit Kandt House Museum in Rwanda: Kandt House Museum, operated by the Institute of National Museums of Rwanda, is one of the top museums in Kigali, Rwanda. The museum, dedicated to Richard Kandt, aims to demonstrate the development of life by documenting the flora and fauna of Rwandan National Parks. The museum, formerly known as a natural history museum, boasts the best view of the three mountains as well as the best perspective of the old Kigali city. The Kandt House Museum is located about one kilometer from the city centre. 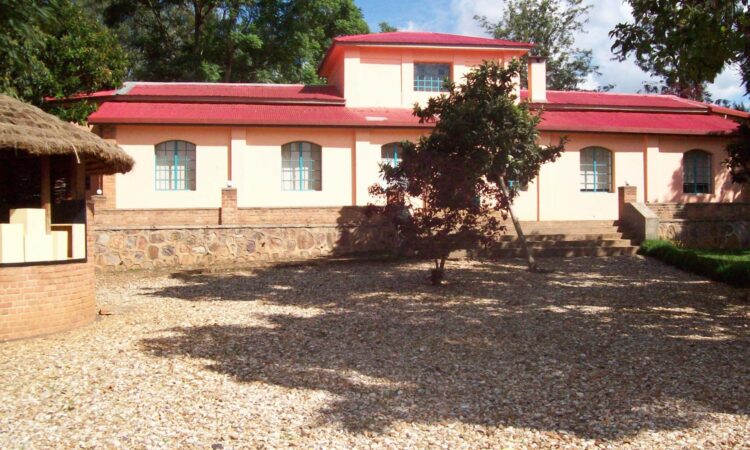 Richard Kandt was Rwanda’s first German colonial governor. The museum bears his name. The life and acts of Richard Kandt in Rwanda are discussed here.

It houses artworks that depict social, economic, and political life prior to the colonial period. It also depicts the Rwandan people’s experience throughout the colonial period. It also covers Kigali’s history before, during, and after the colonial era. Kigali was designated as the country’s capital upon independence in 1962. It is worth noting that after the Berlin Conference in 1884, the Germans controlled Rwanda until 1916, when the Belgians took it under the League of Nations Mandate following World War I.

The first section depicts Rwandan life before the colonial period in all of its social, economic, and political dimensions.

Rwanda’s biology is on display in the north wing. It is here that tourists may see everything from colorful birds to exotic creatures. Furthermore, it displays several of Rwanda’s animal inhabitants, ranging from little mice to popular mountain gorilla skulls.

The museum’s back room is dedicated to volcanism; however, it is located in Germany. It is here that tourists will be able to learn about the formation of volcanoes in Rwanda‘s northwest. However, the diagrams and visual models provided can teach you certain things.

The museum’s second and largest section explains the experience of Rwandans throughout the colonial period, namely the period under German control.

The Germans governed Rwanda from the time of the Berlin Conference in 1884 until 1916. Following World War I, the Belgians took over under the League of Nations mandate. The life and acts of Richard Kandt in Rwanda are discussed here.

The third section depicts Kigali’s history before, during, and after colonial times. Kigali was designated as the country’s capital upon independence in 1962. The museum’s south wing is dedicated to Rwanda’s natural resources. There are several gems and minerals available, with maps illustrating their occurrence throughout the country, Visit Kandt House Museum in Rwanda

The Kandt House Museum also includes another section with a temporary display of live snakes and a baby crocodile; while visiting this section, you can enjoy the spectacular view of Kigali and the surrounding environment.

Other places to visit in Kigali City.

The Rwanda Arts Centre has replaced the previous Presidential Palace Museum. It is one of the eight museums that comprise the Rwanda Institute of National Museums, and it now exhibits magnificent pieces of art by both local and foreign artists. Rwanda Arts Museum is located in Kanombe, about 4 kilometers from Kigali International Airport. The museum displays Rwandan history as well as the lifestyle of former Rwandan President Juvénal Habyarimana. The museum exhibits the wreckage of the presidential plane that was shot down in April 1994, sparking the Rwandan genocide. Visitors are shown around the many rooms, learning about the palace’s history and the presidential lifestyle.

Inema was founded in 2012 by two brothers, Nkuruziza and Nkuranga, who are self-taught painters, with the goal of harnessing Rwanda’s untapped potential for art, providing exposure to creative individuals, and creating jobs for underserved Rwandese areas. The centre houses ten creative artists who live and pursue their artistic talents there.

On some days of the week, the Inema Arts Center exhibits paintings, sculptures, traditional crafts, mixed media expressions, and performs dances and music. Visiting the centre allows you to witness the creative arts generated by the artists as well as see the artists perform their works live.

This is one of Rwanda’s largest and busiest marketplaces, inhabited by residents going about their business. Fresh foods and apparel are among the products available here. Visitors may buy fresh fruits, fish, eggs, native kitenge, souvenirs, textiles, household supplies, presents, and many other items. The Kimironko market in Kigali is a one-stop shopping destination, Visit Kandt House Museum in Rwanda.

Visitors may go shopping in the market or take a tour of how people do their business. Porters are available and may be hired to carry your items and help you through the market because they are familiar with it.

Visitors to the centre can walk the streets of Nyamirambo to interact with the locals, participate in preparing and sharing a meal in a local homestead, tour the weaving section of the centre, and finish by visiting the hair saloon, where you can get your hair plaited or styled if you’re feeling adventurous. Visit the Nyamirambo women’s centre because your presence has a significant influence on the lives of many local women in the community.

Caplaki craft village in Kigali city is made up of around 40 brightly colored stalls that seem similar but are all independently owned. They sell a broad variety of crafts from Rwanda and nearby countries such as the Democratic Republic of the Congo, Uganda, and Kenya. Bags, necklaces, kitenge cloth, shoes, and many other items are available in a variety of sizes, colors, and styles. Prices are negotiable, and the craft village is open from 8 a.m. to 8 p.m. every day of the week. Purchase all of your keepsakes from Caplaki artisan village and converse with the local shopkeepers.