Lake Victoria is one of the top tourist attractions and one of the 1st water bodies a traveler sees as they are welcomed to the airport. Lake Victoria is the largest fresh water lake in Uganda which is a source of water to a number of Ugandans. The lake is shared by the three countries Uganda, Kenya, and Tanzania. For tourists interested in visiting on Uganda safaris, Kenya safaris, and Tanzania safaris, you should visit the lake to have an amazing experience in the countries with a number of activities that can be participated in, a number of attractions that can be seen like the islands, national parks, wildlife sanctuaries where you will see a number of thrilling adventures.

There are many islands on the lake where you will see a number of attractions that will offer amazing experiences, you will also participate in a number of activities while at the different Islands for instance; 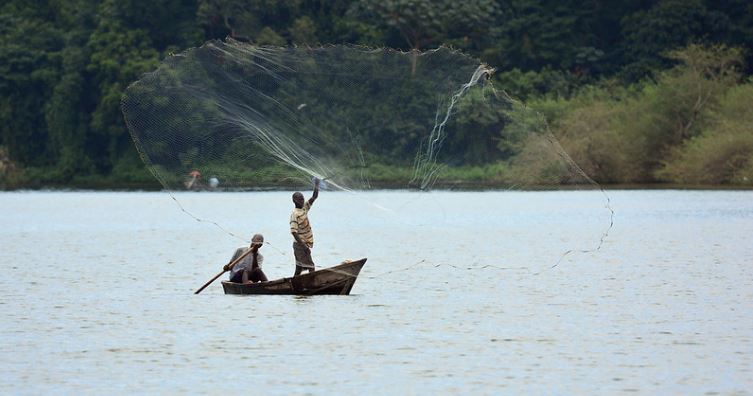 Kalangala: While visiting Sesse islands that are found on Lake Victoria, you will visit the palm oil plantations on the islands.  During your trip to the islands, you will walk through the palm oil plantations you will see how they harvest the seeds in order to make cooking oil which is quite a fascinating adventure through the plantations, you can take perfect pictures, you will see a number of bird species among other attractions. Still, on the island, you can relax on the beaches and also participate in a number of activities like beach soccer, boat cruises as you enjoy with your company of friends as you watch the sunset while you enjoy cruises on the lake.

Ndele island national park: Ndele Island national park is located on the Kenyan side of Lake Victoria which is an important area where you will find a number of bird species like African fish eagles, black-headed gonoleks and grey-headed kingfishers, hammerkop, flycatchers, sunbirds, Cardinal Woodpecker and weavers, White tailed blue Monard, African Harrier Hawk, grey crowned cranes, Herons, egrets, the cardinal woodpecker, the levillant cuckoo, slender-billed baglafetch making it an important birding area for tourists interested in birding because of the numerous bird species that can be seen.

However, while you visit Ndele island national park, you will see a number of animal species like the zebras, waterbucks, impalas, sitatungas, warthogs, hippopotamus, primates like the baboons, grey-cheeked mangabey among other primate species, you can also see Nile crocodiles as you transport to the island to take a tour around the park. You will get exceptional views while at the Ndele island national park; you will be able to see Homa and Mageta you will have perfect views for photography.

Mabamba bay wetland: While in Uganda, you can visit the Mabamba bay wetland which is a narrow fringed papyrus marsh that extends to Lake Victoria. It is one of the most important birding spots in Uganda where you will find over 260 bird species that you can see at any given time of the day. Among the famous bird species that can be seen in the park include the endangered shoe bill stork, you can also see the migrant blue swallow, you will also have the chance to see the world’s threatened species, for example, the Pallid Harrier, Papyrus Gonolek, White-winged Warbler migrant species like Gull-billed Terns, White-winged Black Terns Whiskered Terns, Grey-Headed Gulls among other bird species.

Landing sites and fishing villages: During your trip to Lake Victoria, you should put visiting the landing sites and fishing villages on your to-do list to have the best adventure while on your trip to Lake Victoria. At the landing sites, you will engage with local fishermen where you can also accompany them to catch fish and see how the activity is carried out. You have the chance to eat fish at a relatively cheap price compared elsewhere the fish is sold this is because it is got from the lake and then sold. Some of the different fish types that can be seen while you go to the landing sites, for example, Nile perch, tiger fish, lung fish, Nile tilapia, catfish, silverfish among other fish types.

Rock paintings: While you’re on the Kenyan side of Lake Victoria, you will access the island where you will see rock paintings of the early inhabitants the Batwa that come from Uganda. On the rocks, you will see a number of paintings like the sun motifs, and different figures that are believed to have been the way they were able to keep track of time long ago which is quite fascinating because even before modernity the people were able to use paint/colors that were unable to fade after exposure to sunlight and rain.

Entertainment areas: For tourists interested in leisure and having tours where they will participate in engaging activities as they have fun they you should take a trip to Lake Victoria where you will find a number of hotel, lodging facilities like imperial resort hotel where you will go for horseback riding while in Uganda you can also enroll for classes while on your stay in Uganda, imperial resort beach which comes to life every weekend with a number of revelers that flock the beach to have fun with the different entertainment spots including the bars, on the shores where you can carry out beach soccer, beach volleyball among other entertaining activities that can be carried out.