The Top 10 Tourist Attractions in Rwanda are some of the common features in the Country that attract many travellers to flock Rwanda for Tourism. Some of these include National Parks, Physical Features, Towns and many more as described below: 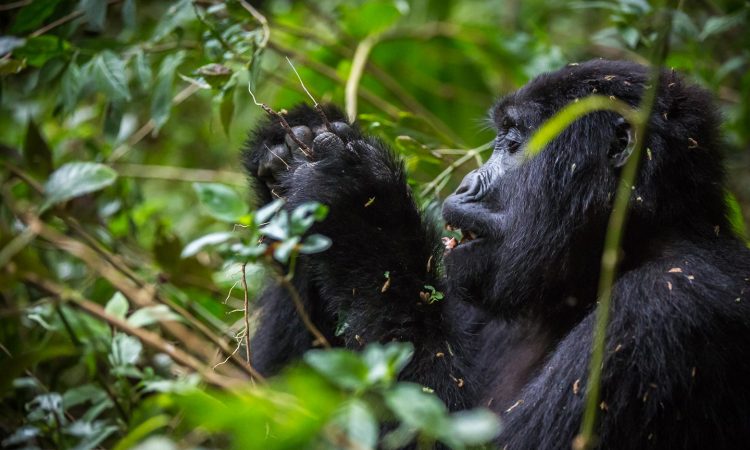 National Parks in Rwanda are some of the Top 10 Tourist Attractions in Rwanda since they are the most visited places in the country. Rwanda is one of the countries in East Africa that is blessed with a number of natural resource like the wildlife that can be seen in protected areas like game reserves, sanctuaries, forests among other areas. However some of the protected areas which can catch your eyes are the national parks where a variety of animal, bird and plant species can be seen not leaving behind  the landforms like lakes, rivers, mountains among others which will make your experience memorable and because of this, the country’s national parks qualify to be part of the top 10 tourist attractions in Rwanda.

The 1994 Rwanda genocide brought a lot of pain to the Rwandans and the world at large when brothers killed one another because of the need for one group of people having the need to be supreme over the others and also the need to wipe away the Tutsi group of people from the history of Rwanda. It should be noted that the 1994 Rwanda genocide started after the then president juvenile Habyarimana’s aeroplane was shot which led to his death and also the president of Burundi who was Hutus and the suspect were the Tutsis under the Rwanda patriotic front. And from that day the mass slaughter of the Tutsis, moderate Hutus and the twas started and it should be noted that over 800000-1000000 were killed which was a tuff moment for many Rwandans and after the victory of the Rwanda patriotic front and the end of the genocide, today as a way of remembering the lost souls in the genocide, a number of genocide memorial sites were established which can be visited while on your Rwanda genocide tour.

Faith-based tourists in Rwanda will have a chance to see a number of religious sites in Rwanda while on their Rwanda tour Our lady of Kibeho, which is also connected to the Rwanda genocide memorial sites because of the three girls in the secondary school who received visions that are believed to have been the warnings of the 1994 Rwanda genocide. It is believed that the girls received the visions for a period of a year before the genocide happened to make it one of the sacred places to visit while on a Rwanda tour.  Other religious sites include; Nyamata Church Kigali, Cathedral of St. Michael Kigali, Butare catholic Cathedral Butare, Byumba Cathedral Byumba Nyabugogo Mosque Kigali and so on.

In Rwanda you should not forget to visit the different recreation areas where you can participate in different out day and indoor activities, for instance, the beaches like Gisenyi public beach, lake kivu beach among other beaches, visiting different restaurants where different cuisines like Akabenz (cooked pork), meat skewers with chips, Ibirayi a mixture of goat’s meat and potatoes which will give you an amazing experience while in the country.

Rwanda is blessed with a number of landforms like mountains including the Virunga Mountains that can be found in Volcanoes national park, mountain Kigali that is found in Kigali city, lakes like Lake Muhazi, Lake Kivu where a number of activities can be carried out like boat cruises, sport fishing, canoeing among others. On the lakes, a number of attractions like water birds, crocodiles can be seen to improve your experience in the park.

While in Rwanda, you can visit the different towns/ cities in the country which offer different attractions and activities that are quite engaging and interesting. Among the cities and towns that can be visited in the country include; Kigali city where you can go on a Kigali city tour where you can see a number of attractions like mountain Kigali, Nyamirambo Muslim quarters, Kigali genocide memorial museums among other attractions. Gisenyi town can also be visited where you can visit, Gisenyi public beach, an African art gallery where different art pieces can be seen, you can also be taught art by participating in the art classes for a day that are provided at the gallery and so many others activities.