Latest news from Akagera national park | The Akagera national park is Rwanda’s only savannah park currently under the management of the African Parks. The African parks is currently managing 18 other national parks in Africa and this is a non-profit organization whose headquarters are in South Africa and this organization is in partnership with all these governments and the local communities as well. The national parks being managed by the African Parks are located in 11 countries on the African continent. These countries are Angola, Benin, Central African Republic, the republic of Congo, Malawi, Mozambique, the Democratic republic of Congo, Rwanda, Zambia and Zimbabwe. 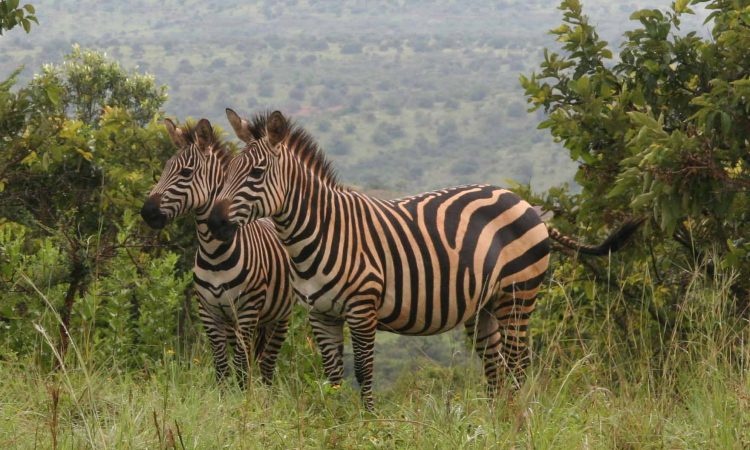 The Akagera national park offers quarterly park news updates and with the last news update of July to September 2021 highlighted a number of achievements of the parks and additions. A few of these updates were the continued bird sightings in the park such as the shoebill, the white backed vultures, Lappet-faced and the white-headed vultures, an exciting detail for the birding guests. To top the birding aspect of the Akagera national park, the wildlife was seen to be thriving and this goes for the lions too.

The Akagera national park in the newsletter of July to September reported results from the aerial census putting the current population at 12,152 large mammals which is a 20% population increase from the last census of 2019. The Akagera national park also noted the transect line walk that was finally completed and topped up on the aerial census of the animals of Akagera. A great animal sighting point!

The Akagera national park also hosted 192 local leaders to visit the park and learn more about it and engaged them in the activities of the park. More rangers also underwent the 6-week annual refresher training of their responsibilities and how to manage their “office”. The last highlight was the new Mihindi Café and campsite that was initially opened on the 17th of August 2021 increasing the accommodation options of the park.

The last year quarterly update started with the park bidding farewell to one of the park’s ranger guides, Majyambere Leonidas who choose to retire after working for about 21 years in both the Akagera national park and the Volcanoes national park of Rwanda as well. More bird sightings were made such as the Ruppell’s Griffon Vulture was seen in December 2021 and yet it was last seen in 2006. Below are a few highlights of the last quarter of the year in the Akagera national park.

The Akagera national park continues to boost the rhino population in the park as they welcomed 30 white rhinos from the Phinda Private Game reserve which is the largest translocation ever undertaken of rhinos. This was securely done and are still currently staying in bomas and still under close supervision.

The enclosement of these rhinos is majorly to help them adjust to their new home, the weather, the type of vegetation or grasses to feed on and once they have adapted, they will be let out to join the other animals of the park, Latest news from Akagera national park .

The Akagera Black Rhinos have been refitted and fitted with VHF transmitters which help in keeping track of these animals when in the wild. This activity is done by air when a dart is sent into the rhino from a helicopter, there after a signal is received by a telemetry receiver identifying the rhino for easy location by the rhino tracking teams.

These measures have greatly contributed to the populations rising and thriving as they are closely monitored for over 4 years now.

The students in the community after a while have been seen visiting the park just after the local leaders visited the Akagera national park as mentioned in the last newsletter. This encourages the other students to schedule visits to the park.

The lodge guide Isaac will be sure to take you to the Kilala plains in a 6 seater safari jeep so don’t leave your night vision binoculars behind on your Rwanda safari.

The Akagera national park continues to involve the local community in their projects such as the tree planting for the climate change, building a community library to bring the education tools closer, a dormitory for students, a gift shop and even a basketball court. Take a visit to this park and directly or indirectly get involved in their development projects.