Nyungwe National Park Fees are the charges that a traveler must pay in order to access the park for different activities as they explore Rwanda Tours. Nyungwe national park the primate destination in Rwanda is the ultimate destination to fulfill all your nature’s desires when it comes to primate safaris in the country. Nyungwe national park is among the top 10 tourist destinations in East Africa that should not be missed out on while on your Rwanda tour. The park is located in one of the cities/ districts that can be visited while on the Rwanda city tours, known as Rusizi district that has more to offer when you visit it. Nyungwe national park will not disappoint you once you visit it. 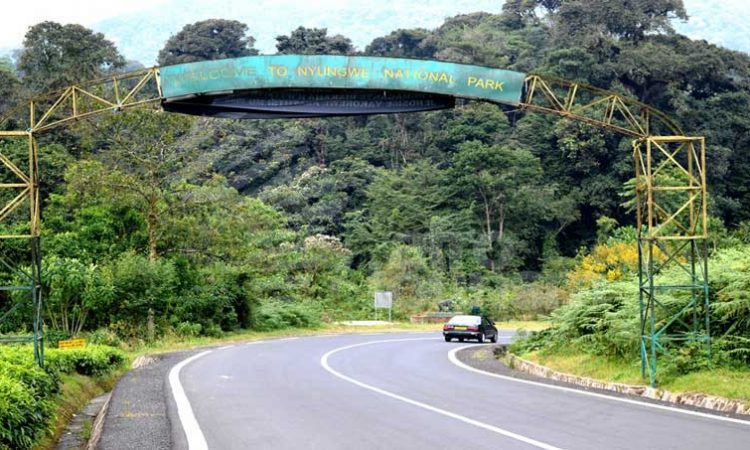 Are you interested in visiting Nyungwe national park and particicipate in the 7 activities that can be carried out in the park without knowing the amount of money to pay, here are the prices for the different permits in the park that can be seen below;

Chimpanzee Trekking: Nyungwe National Park has over 500 Chimpanzees in the park with a number of them being habituated that can be trekked at any given day in the year. Chimpanzee trekking in the park will involve you heading to the chimpanzee habitat understanding their ways in their natural habitat by spending time with them observing how they behave with one another, they type of food they eat, their grooming habits and so on.

Canopy Walk: The park is famous for its canopy walkway, the only canopy walkway in East Africa which will offer amazing views, experiences as you carry out your canopy walk, at the walkway, you will have a chance to spot a number of bird species like Ruwenzori Turaco and the large blue Turaco the sunbirds of many types like the purple breasted and the blue-headed sunbird that can be seen on the wires of the walkway.

At the walkway, you will have a chance to see a number of primate species jumping in the branches of the trees for example; white colobus, Angola colobus, red tailed monkey, blue monkey, owl-faced monkeys. Still at the canopy, you will be able to see a number of Butterfly species, for instance, the graphium- gudunesi, metisella- articolla, charaxes-mafuga among others which will offer magnificent views.

Birding: The park is a birders destination with over 300 bird species that can be found in the different birding spots along the different hiking trails in Nyungwe that can be found in Nyungwe national park where you will see a number of bird species for example at the karamba birding trail, you will see the Ruwenzori Turaco and the large blue Turaco the sunbirds like the purple breasted and the blue-headed sunbird and many more. Other trails where you see a number of bird species include; Kamiranzovu trail, Isumo waterfalls trails, Irebero trail among other trails

Colobus Monkey Trekking: Nyungwe national park will offer amazing primate safaris that will ensure that you have the best experiences to make your trip in the park memorable. Aside from the chimpanzees in the park there are a number of other primate species including the different monkey species like the vervet monkey, Mona monkey owl-faced monkeys among other monkey species but among the different monkey species, colobus monkey trekking has gained popularity because of their playful nature. Nyungwe National Park Fees For Colobus monkey Trekking are:

Nature Walks: If you are interested in having a relaxing time in Rwanda, choose Nyungwe national park where you will enjoy the Serene of the park you will enjoy guided walks through the park while you listen to nature’s sounds as the chimpanzees hoot in the forest, you will see the monkeys jumping from branch to branch among other nice views;

Plantation visits: The Gisovu and Gisakura tea estates and different coffee plantations in the area that will provide the ultimate plantation life where you will participate in the activities at the plantations for instance you will participate in picking tea and ripe coffee that is ready for drying, harvesting will also involve sorting the best coffee and tea leaves for processing, drying and at the end of the day you will taste the processed coffee after grinding

Community encounters: There are different community groups in Nyungwe national park that can be visited which include Kitabi cultural village and Banda cultural village will offer the cultural experience

Interested in visiting different cultural groups in Rwanda you can carry out the Rwanda cultural tours to make your say in the country an amazing one.

Camping: Interested in carrying out camping in the park, it is possible to experience the wild by booking for camping activities in the park in order to have amazing experiences in the park; you will enjoy yourself in the wild.

N: B filming other activities in the park is as little as   600 USD to make your stay in the park memorable.