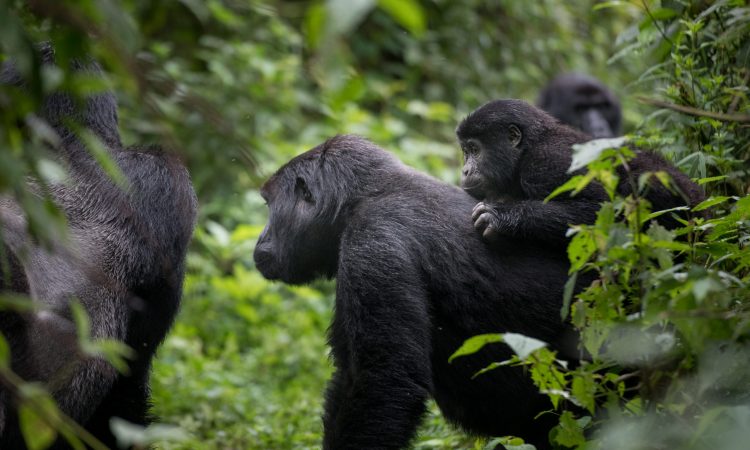 Reasons to Visit Rwanda 2022 : Are you interested in visiting Rwanda but you have less to no information about the status of the country, what activities to take part in and what to expect on a safari, here are some of the reasons you should visit Rwanda to have the most memorable experience in the country that has gained popularity over the years with a variety of wildlife and big potential that can be seen when you visit the different tourism destinations in the country.

Home to the endangered mountain gorillas

While participating in gorilla trekking in Rwanda, you will visit volcanoes national park which is among the destinations where you can take part in gorilla trekking in Africa. where you will get to hike the Virunga mountains in Rwanda namely mount gahinga, mount sabyinyo, mount karisimbi, mount gahinga, mount bisoke and mount muhabura where you will get to access the habituated gorilla families in Rwanda which will give you the opportunity to spend one hour with the gorillas observing their features in the wild. During your experience, you will get the chance to understand more about the primates like how they co-exist with one another, you will also get to understand why do gorillas fight/ you will get to understand gorilla strength and many other interesting features of the primates thus Reasons to Visit Rwanda 2022.

Another reason to visit Rwanda is the fact that it is among the safest countries in Africa that tourists can visit for an amazing Rwanda safari. After the 1994 Rwanda genocide, president Paul Kagame ensured that there will not be any other occurrence of such incidents in the country that brought about misery and a period of grief. Today, Rwanda is among the safest countries in Africa and the world at large with a well-trained army to protect the country from any external attacks, the country is in a number of regional bodies which has improved the political ties with them, while participating in the different tourist activities in Rwanda like golden monkey trekking, canopy walk in Rwanda, Virunga mountains hike you will be accompanied by an armed ranger and the guide who will protect you against any vicious animal attacks within the different national parks in Rwanda to avoid any accidents while in the country.

You should also visit Rwanda in order to explore its unique cultures because the country is among the few African countries that have preserved their unique culture that can be seen when you visit a number of sites while you take part in the cultural tours in Rwanda like the cultural tours around Akagera national park where you will visit the Humure refugee camp where you will get to understand a number of activities that can be carried out by the locals like  local beer making,  preparing the traditional foods, you can also visit the ibyiwacu community while you take part in the activities in volcanoes  national park to give you an insight of a community of ex poachers in the park that depended on the  forest products for survival, you will also get to see the king’s house replica to see how the kingdoms were established in Rwanda, you will get to see how traditional medicine that cured fever,  stomach ache was made from a number of leaves, tree barks and many other plants material for an amazing experience during your Rwanda safari tours.

The ease of travel

Just to be different from a number of countries in Africa like Uganda and Tanzania, the bus systems in the countries run on a scheduled time and there is improved transport system where most of the roads are well maintained with a number of road signs and traffic lights that have decreased the amount of road accidents and also helped to reach the different destinations like the ethnographic museum, Akagera national park, lake kivu, the twin lakes of Burera and Ruhondo in the shortest time which also gives you the chance to take part in other activities in the country.

A variety of wildlife species

What is a Rwanda safari without visiting watching a number of wildlife species in the country? Visit any of the national parks in Rwanda for a number of rewarding Rwanda wildlife safaris. when you visit Nyungwe national park, you will have the most rewarding experiences participating in chimpanzee trekking in Rwanda, hiking the hiking trails in Nyungwe national park like the Isumo waterfalls hike, birding in Rwanda because the park is home to a number of different bird species that can be seen including: the blue turaco, Ross’s turaco, coqui Francolin, long tailed cisticola, bubbling cisticola, Miombo wren warbler, Chubb’s cisticola, once you visit Akagera national park, you will get the chance to take part in activities in Akagera national park like the boat cruise on lake Ihema, tracking the big five animals in Rwanda, game drives in Akagera national park where you will see different animal species, you can also  participate in the activities in volcanoes national park like; the gorilla trekking safaris in Rwanda, monkeys trek like tracking the colobus monkeys, you will also visit the musanze caves for an amazing experience when you participate in your Rwanda tour.