Rwanda’s Most Endangered Mammals : An endangered species is a type of organism that is threatened by extinction.  Among these species are mammals that are in a serious state of vulnerability that could result into extinction if we do not work towards their protection. Africa is home to thousands of species, some of which are facing chances of extinction to thrill while on Rwanda wildlife Safaris. 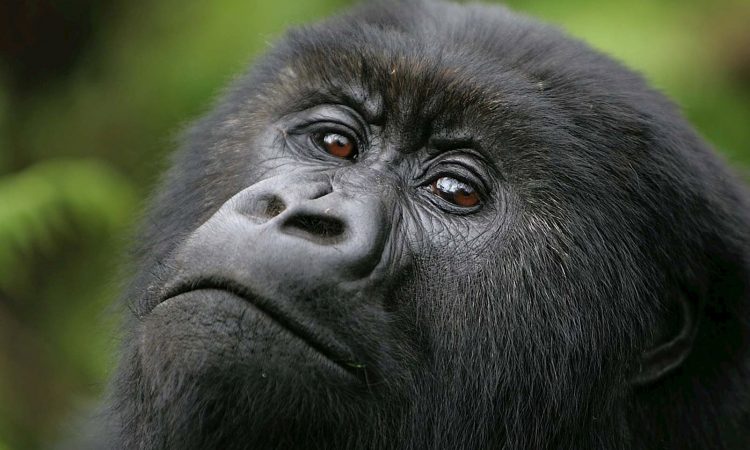 The scientific name of this critically endangered mammal is Diceros bicornis, one of two African species of rhinoceros. Standing at 5 feet, this magnificent mammal can weigh between 700kg and 1300 kg. These herbivorous mammals occupy a variety of habitats, including open plains, shrubs, thickets and river banks of Akagera National Park.

Eastern black rhinos were moved from South Africa to Akagera National Park located in the north-eastern part of Rwanda.  The rarest of the black rhino subspecies, the Western Black Rhino was officially declared extinct in 2011. Their extinction caused mainly by poachers killing them for their horns, which are highly prized, fetching up to$400,000 per kg on the black market, and used in traditional Chinese medicine.

Rhino horn prices can fetch up to in the black market. Formerly considered to be extinct in Africa, southern white rhinos thrive in protected sanctuaries and are categorized as near-threatened. However, through persistent conservation efforts across Africa especially in South Africa, Kenya, Zimbabwe, Namibia and Rwanda black rhino numbers have risen since then to a current population of above 6,100 individuals.

Rwanda has one of the largest tourism and it ranks third in the most popular tourism destinations in Africa and 77th in the whole world.  Mountain gorillas, one of Rwanda’s biggest tourist attractions, are considered endangered by IUCN’s Red List.  There are only two gorilla species in the world, the eastern and western gorilla. Mountain Gorillas are a subspecies of eastern gorillas (Gorilla beringei) An average male mountain gorilla can weigh 130 to about 150 kilograms. In Rwanda, these captivating primate mammals are only found in Volcanoes National Park. which is home to 10 gorilla family groups, ranging from 11 to 33 members. Each family group has over 11 individuals with one dominant male and several females. When they get older, most males and around 60% of females then leave their birth group to join another troop to avoid in breeding.  Both males and females in the group care for their infant and defend each other as family, Rwanda’s Most Endangered Mammals. Mountain gorillas are not only threatened by loss of habitat due to human encroachment but have also become victims of human violence for example in Rwanda during the Genocide, efforts to conserve mountain gorilla populations had been cut back but as time moved on and the country stabilized politically the Rwanda government has since then made several attempts through active promotion of tourism and also conservation of national parks. Only about 1,000 of these great apes remain in the wild, according to the most recent census.

The chimpanzee (Pan troglodytes) is a species of great ape native to the forest and savannah of tropical Africa. It is also known simply as the chimp or the common chimpanzee. The chimpanzee has four subspecies of which all are endangered. Chimpanzees are our closest relatives in the animal kingdom. They are surprisingly intelligent; they work with tools, communicate with complex vocalizations, and are good problem-solvers. They also play a vital role in maintaining  the diversity of Africa’s rain forests. An adult chimp weighs over 40kgs and can live up to 39 years of age. In Rwanda chimps can be found in Nyungwe National Park (Nyungwe and Cyamudongo forests) which has over 400 individuals. They also inhabit the country’s newest national park, Gishwati Mukura national park. Due to rampant deforestation and poaching, the number of chimps has drastically declined to a worrying total of about 300,000 individuals in the wild. New chimp mothers are hunted down by poachers for bush meat and their infants are held in captivity and sold as pets. All these plus other elements such as lack of awareness have led to the diminishing number of chimpanzees. However Rwanda government has actively participated in establishing and merging national parks, such as Gishwati Mukura National Park, throughout the chimpanzee’s range and enforcing wildlife laws will be essential to maintaining healthy populations for generations to come, Rwanda’s Most Endangered Mammals

African elephants (Loxodonta) are a genus comprising two living elephant species, the African savanna elephant and the smaller African forest elephant. Standing at a staggering height of 3.2meters, the African savanna elephants are the biggest elephant species and the largest mammal living on earth. These highly social herbivores are characterized with grey skin, the different species  differ in the size and colour of their tusks and in the shape and size of their ears and skulls.

As a result of their visibility within the open areas where they live, African savanna elephants are well studied and populations are easily estimated. Due to their habitat, savanna elephants are often found grazing on grasses, but they also browse on a wide variety of plants and fruits. This selection varies depending on the time of year; during the rainy season the elephant will feed more on grass than during the dry season. Each family unit usually consists of around 10 females and their calves, and the bulls associate with these herds only during mating. Several family units often join together to form a “clan” consisting of up to several hundred members led by a female matriarch, Rwanda’s Most Endangered Mammals

These gentle but highly intelligent creatures are endangered across Africa and they inhabit only 23 African countries in the world. In Rwanda, elephants can be sighted in Akagera National Park. The African savanna elephants are the biggest elephant species and the largest mammal living on earth. There are currently 415,000 elephants across Africa so they are considered endangered, however the numbers are increasing thanks most African government, including the Rwandan government, imposing strict laws against poaching while promoting tourism and national wild life awareness.

The future of these listed mammals is in our hands and it is up to us to either destroy or conserve them. We need them their extinction has a global effect that could ruin mother earth. Countries like Rwanda have dedicated themselves to conserve what could be nearly lost through controlled measures of anti-poaching.