Home » The ishasha sector in Uganda 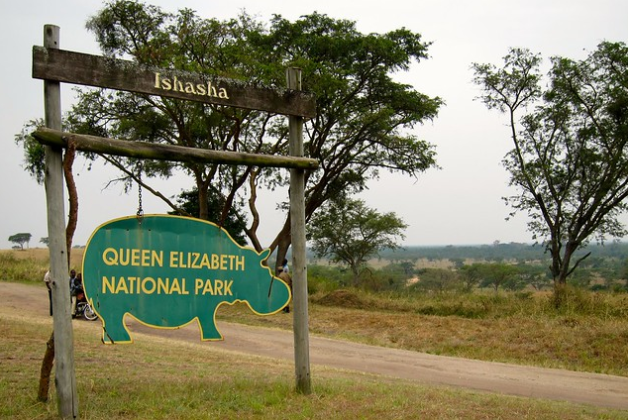 Tre tree climbing lions are quite a unique species in the wild because of their different characteristics. It should be noted that the lions climb trees due to a number of reasons for instance the fact that they are keeping an eye on their prey which will lead them to sneak upon their prey. Another reason why the lions climb trees is because of the fact that they are running away from the scotching sun that hits up the ground and during the rainy season they climb the trees running away from a number of insects whose bites can cause irritation, during the dry season, they also climb the trees to cool off from the heat with the help of the shade that can be got from the trees, they also climb them as a way to escape from the charging buffaloes which makes them quite intelligent species. aside from the tree climbing lions, you can also watch a number of animal species like the Uganda Kobs, you will also get to watch the buffaloes, a number of bird species which make the activity quite memorable.

The best time to visit the ishasha sector is during any time of the year however the most interesting time to visit the tree climbing lions which are the most famous attractions in the sector is during the dry season where the roads are not muddy which can hinder your free movements while trekking in the sector and you do not have to worry about the slippery roads in the park.  during the dry months, it should be noted that the savannah grasses not over grown which will help you to watch the tree climbing lions visibly to help you watch their interesting behaviour of the lion species in the wild. Interesting about the activity is the fact that you can tailor it with a number of other activities in queen Elizabeth national park like the boat cruise on the Kazinga channel, the game drives in the mweya peninsula, chimpanzee trekking in the Kyambura gorge among other rewarding safari

While participating in your Uganda safari there are a number of other rewarding tourism activities that you can participate in include; gorilla trekking in Uganda as you enjoy the gorilla safaris in Bwindi impenetrable national park and Mgahinga, you can also participate in chimpanzee trekking in kibale national park, rhino tracking in Uganda where you will get to visit the white rhinos in the ziwa Rhino sanctuary, you can also participate in the game drives in Murchison falls national park, the game drives in Queen Elizabeth  and many other rewarding safaris too make your safari experience.