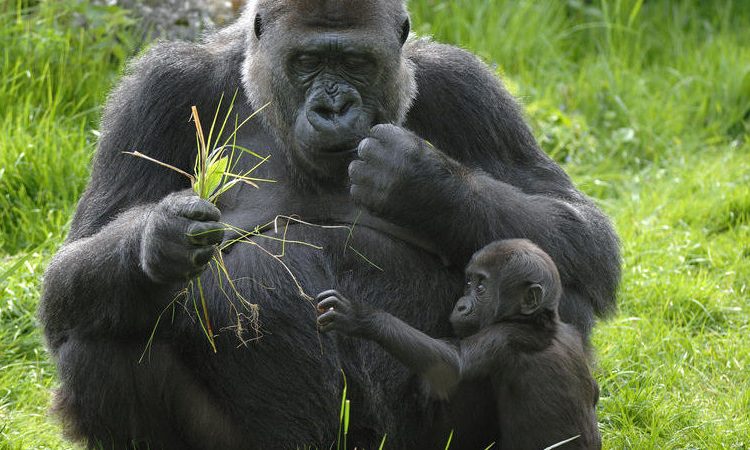 Mountain gorilla trekking should be on top of your list among the top tourism activities in Congo 2021. The activity carried out in virunga national park which is home to the endangered mountain gorillas in Congo.  Gorilla trekking in virunga national park can be carried out in Kibumba area of the park where tourists will get to the habituated gorilla families in the park that will give you the opportunity to spend an hour with the gorilla families observing their different behavior in the park, their feeding patterns, their co-existence with one another, their diet which comprises of bamboo shoots, fruits, edible leaves, termites and other small insects and at the end of the day, you will get to take pictures of the gorillas for memorable experiences in the park.

The Senkwenkwe orphanage was established as a way to give hope to a number of gorillas that lost their parents as a result of poaching. The Congo war led to a number of gorillas to be killed and as a result, there were a number of orphans that were left to die without parents but as a result,  a team of park rangers from virunga national park rescued the orphans Ndeze and Ndakasi that were found in Goma town  and brought the orphans to the park where they were put in a confined area to protect them from poaching and as a way to give them a second chance to life.  With a number of online campaigns that were made, the team was able to raise money and thus the establishment of the Senkwenkwe gorilla orphanage and because poaching is among the biggest problems in the park, the  number of orphans has increased. At the orphanage, you will volunteer to take care of the gorillas for a day by feeding the infants, cleaning their sleeping areas as you also get to see how the primates adjusted to living in the orphanage, how they carry out their daily activities and many other interesting features of the primates that are being trained to be released into the wild.

the increased poaching, they realized there would be a big problem for the gorillas and that is why they started an online campaign to raise money. From numerous donations all around the world, they were able to raise a huge sum of money that was used to establish the facility.