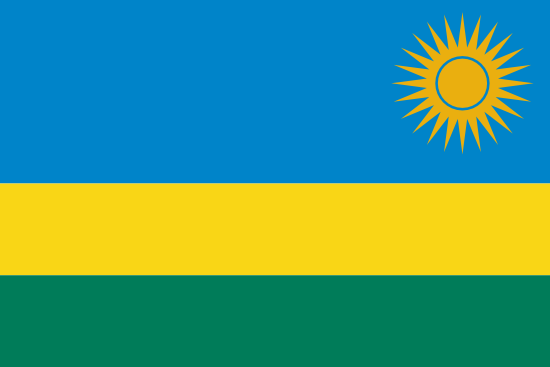 The big five animals in Rwanda are among the memorable tourist attractions in Rwanda that you should not miss out on when you visit Rwanda. The big five animals in Rwanda can be tracked when you participate in a number of activities in Akagera national park for instance the morning game drives that will give you the chance to see the early risers like the elephants, rhinos, buffalos grazing within the savannah plains in the park. Other animal species that can be seen include; bushbucks, duikers, zebras and the impalas and during the evening game drives, you will get to see the carnivores the lions, leopards hunting for their prey in the park for dinner which is quite thrilling.

The mountain gorillas in Rwanda are the most famous tourist attraction in Rwanda that has attracted tourists from all over the world to visit the country to take part in the memorable safari. It should be noted that Rwanda houses half of the world’s remaining mountain gorillas that can be seen in volcanoes national park when you take part in gorilla trekking in Rwanda which involves tourists hiking the Virunga mountains in order to access the habituated gorilla families in Rwanda.  Gorilla trekking in Rwanda will give you the chance to spend an hour with the gorillas understanding their behaviour in the wild like how they co-exist with one another, their social hierarchy you will get to see the dominant male the silver back that has all the mating rights with all the adult females in the gorilla family.

The golden monkeys are another amazing tourist attraction you will get to see during your Rwanda safari and just like the mountain gorillas in Rwanda, tourists can access the golden monkeys by hiking the Virunga mountains to access the habituated golden monkey troops which you will spend an hour with observing their behaviour as they co-exist with each other in the wild. You will also get the chance to film and take pictures of the endangered primate species as part of the rewarding experience on your Rwanda safari.

Rwanda is famous for the genocide where a number of people lost their lives due to the political rivalry between the hutus and the tutsis and if you’re interested in knowing more about the events that led to the mass killings, participate in the Rwanda genocide tour where you will get to visit the different genocide memorial museums like the Kigali genocide memorial museum which will give you an insight of what happened during the reign of terror. As part of your Rwanda genocide tour, you will also get to see how the people of Rwanda are carrying out their daily lives post the time, how they were affected and how they have become much stronger than ever before making the country one of the most peaceful countries to visit in the African continent without having to worry about the political unrest that happened 27 years ago although people still link the genocide to the current situation in Rwanda.

Hikers interested in visiting Rwanda will also get to hike the Virunga mountains which are some of the other rewarding attractions in Rwanda that will offer rewarding views during the activity for instance the hike will give you the chance to see a number of rewarding attractions like the twin lakes of Burera and Ruhondo, lake kivu. You will get to see bird species like; the long-crested eagle handsome Francolin, Rwenzori Batis Dusky turtle love, paradise flycatcher, archer’s ground robin, African Rwenzori, double collared sunbird, marsh harrier, Ruwenzori turaco, common moorhen Ruwenzori night jar, grey throated tit, the dusky crimson wing, red-faced woodland warbler Primate species like L’hoest’s monkey, Hamlyn’s monkey, dent’s monkey, vervet monkey, black and white colobus monkey among other rewarding attractions.