Best Time to go gorilla trekking in Rwanda: Depending on the traveler’s interests, Rwanda may be visited at any time of year. The nation experiences two rainy seasons: from mid-February to the beginning of June and from mid-September. In Nyungwe Forest National Park, the rainy seasons are ideal for chimp monitoring. The dry season lasts from June to September and then again from mid-September to mid-December. It’s ideal for monkey tracking during the wet season, especially in Nyungwe Forest National Park. 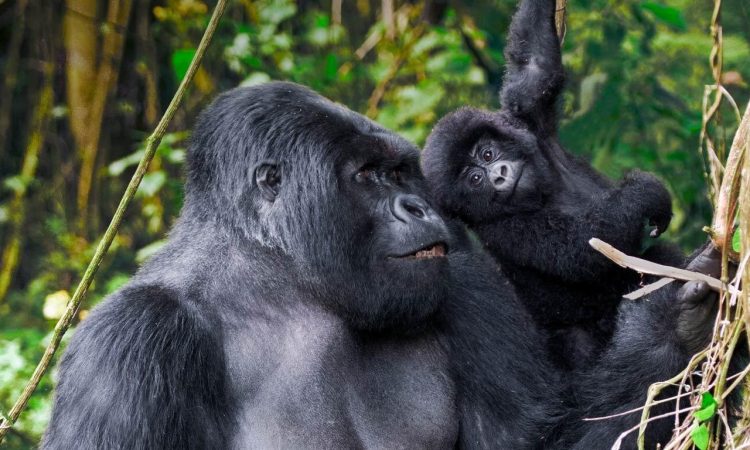 How to get to Rwanda

Kanombe International Airport, located approximately 10 kilometres from Kigali, is the country’s only international airport. Rwanda’s airlines are SN Brussels KLM, Rwanda Air Express, Kenya Airways, Ethiopian Airlines, Air Tanzania, and South Africa Airways. There are various alternative modes of transportation to Rwanda, particularly from neighbouring countries. This is done by road, with firms or private cars crossing the boundaries of Cyanika and Katuna from the Republic of Uganda, Best Time to go gorilla trekking in Rwanda.

What to do during your visit to Rwanda’s Volcanoes National Park.

The majority of visitors that visit Rwanda do gorilla tracking. This is done at the Volcanoes National Park. It is home to around 370 species of these colossal apes. Long-sleeved shirts and blouses, cameras, sturdy boots, and a walking stick are all recommended tracking gear.

Volcanoes national park has 13 habituated gorilla groups, with 10 of them available for tourists to track. Susa A, Karisimbi, Umubano, Titus, Kwitonda, Ugenda, Umubano, Amahoro, Bwenge, Sabyinyo, Titus, Hirwa, and Agashya are among the gorilla families that visitors may hike.

Permits for gorilla trekking in Volcanoes National Park cost USD 1500 per tourist. At precisely 7 a.m., gorilla trekking activities in the park begin at the park’s headquarters in Kinigi. Typically, tourists are briefed initially and then placed in trekking groups of up to eight people per gorilla group.

Visitors must be at least 15 years old to participate in gorilla trekking activities in the national park. The optimum time for people to hike mountain gorillas in the park is between June and September, when the park is in its dry season.

Mountain climbing is possible inside the park, especially for people who are physically competent. This activity is available in the mountains of Karisimbi, Sabyinyo, Muhabura, Gahinga, and Bisoke. Climbing one of these Virunga Mountains takes one to two days. Finding yourself at the top of the mountains is possibly one of the most exhilarating and unforgettable experiences on the globe, Best Time to go gorilla trekking in Rwanda.

Other activities that you can do during your visit to Rwanda.

Cultural/Community excursions may be arranged for guests to meet the local people who live inside and surrounding Nyungwe Forest National Park. These folks can amuse tourists by performing traditional dances and music. They do explain how they have been able to live in the region and expose them to their agricultural ways.

Wildlife viewing in Rwanda is best done on a guided game drive in Akagera national park which is Rwanda’s only savannah national park. The park also offers visitors other interesting activities such as boat cruise tours on Lake Ihema, Rhino tracking, community tours, birding, and hot air balloon tours among others.