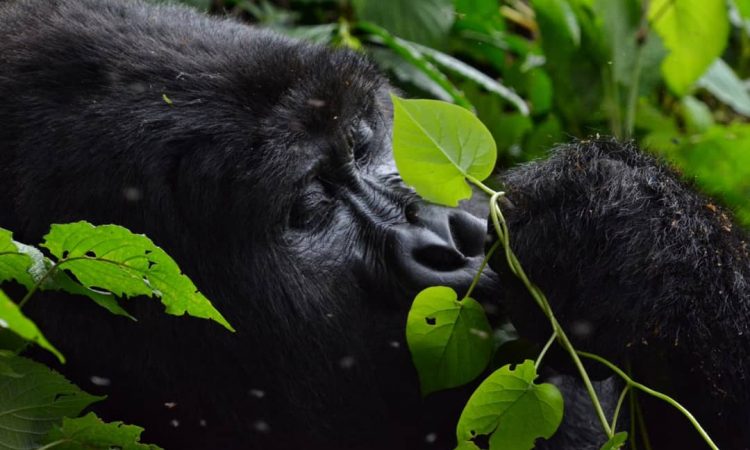 Below are some of the advantages of Volcanoes Gorilla Trekking:

With the hikes in the park, you will get to see a number of attractions like the different primate species like Dent’s Monkey, Mona Monkey, Red tailed monkey, the black and white colobus monkey,  the olive baboons, golden monkeys which can also be seen when you participate in golden monkey trekking in Volcanoes National park, exceptional views of Lake Kivu and the twin lakes of Burera and Ruhondo among other interesting features in the park.

One hour with the gorillas: Gorilla trekking in volcanoes national park will give you the opportunity of spending one hour with the mountain gorillas in order to understand more about their behavior in the wild.

Bird species: During gorilla trekking in volcanoes national park, you will get to see a number of bird species in the trees long the different hiking trails in the park. The park is home to over 380 and during your gorilla trekking experience, you can see about 100 bird species which is quite rewarding. This is one of the Advantages of Volcanoes Gorilla Trekking where you do birding even when u haven’t paid for it.

Safety: Gorilla trekking is a very safe activity that can be carried out in Volcanoes National park before tourists participate in gorilla trekking; they have to participate in a briefing session where they will undergo a briefing on the activity about the guidelines to be followed when you come into contact with the gorillas. During the briefing session, the guide will also go through the rules and regulations that are supposed to be followed to ensure that the gorilla trekking experience in volcanoes national park is memorable without any accidents in the park.

The guide will offer all the relevant information about the park during your Virunga mountains hike in order to access the different gorilla families in the park and when you get to the gorilla family that you are supposed to trek, you will also have the opportunity to ask a number of questions concerning the gorillas in their habitats and because the guide is well trained and has all the information about the gorillas making your gorilla trekking experience in the park memorable.

You will come across Dian Fossey’s grave who was an American primatologist who risked her entire time studying mountain gorillas in volcanoes national park.

Those were a few of the advantages of Volcanoes Gorilla Trekking though you might benefit more when you meet the hospitable Rwandese people that will make the highlights of your Rwanda Safari Tour.