Activities in Volcanoes National Park are the park ventures that a traveler can engage in to complete their safari tours like Gorilla Trekking, Nature Walks, Cultural tours and much more. Volcanoes National Park is one of the most rewarding National parks that tourists on their Rwanda tour can visit. The park is famous for its Rwanda Mountain Gorillas however it also has a variety of tourism activities and attractions that tourists can engage in to make their experience at the park memorable. The park is located in Rwanda, in the districts of Burera, Musanze, Rubavu, and Nyabihu. 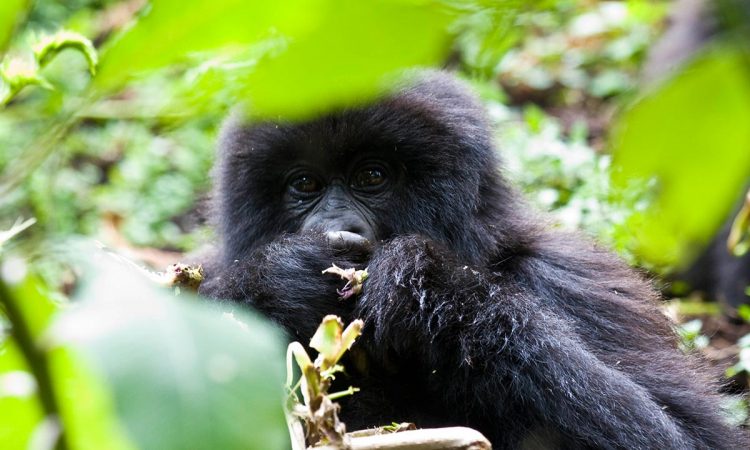 Tourists interested in participating in the activities of the park will have to access the National Park and because of good transport networks and means of transport accessing the park is quite easy and worth it. From Kigali city, the park is 130 kilometers and this will take the tourists 2 hours to reach it, from Gisenyi which is 76 kilometers from the park, tourists will take one hour and thirty minutes making it relatively fast and easy for tourists in Gisenyi and from Musanze it takes 23 minutes for tourists. The different towns and cities that you will pass through to reach volcanoes national park can be visited on the Rwanda city tours which will offer amazing experiences because you will see a number of attractions in the different cities.

Gorilla Trekking: Gorilla trekking is the most famous activity in the park because of the fact that it involves trekking the endangered mountain gorillas that can be found on the slopes of the Virunga Mountains. The activity involves tourists hiking the Virunga Mountains to meet the different gorilla families on the different slopes of the mountains. Through the hikes, spectacular views of a number of attractions can be seen for instance the numerous bird species like, that can be seen in the trees, a number of primate species like the black and white colobus monkeys, the golden monkeys can also be seen in the bamboo trees which gives off an amazing time while trekking to the mountain gorillas.

On reaching the gorillas, you spend one hour with them which is quite a rewarding activity because you get to spend time with them understanding the different ways while in the wild like their co-existence with one another, feeding patterns among other activities. Interested in participating in the activity, then you should put in mind things to consider while on a Rwanda tour in order to have an amazing time in Rwanda. You should also know the gorilla trekking guidelines, what to wear which can be seen at gorilla trekking in Rwanda.

Twin Lake of Burera & Ruhundo: The twin lakes of Burera and Ruhondo can be accessed after the hike on mount Muhabura.  The lakes were formed as a result of the volcanic eruption. At the lakes, you be able to participate in a number of activities like; canoeing, fishing, visiting the different islands on the lakes among other activities that will keep you engaged so that you have an amazing time.