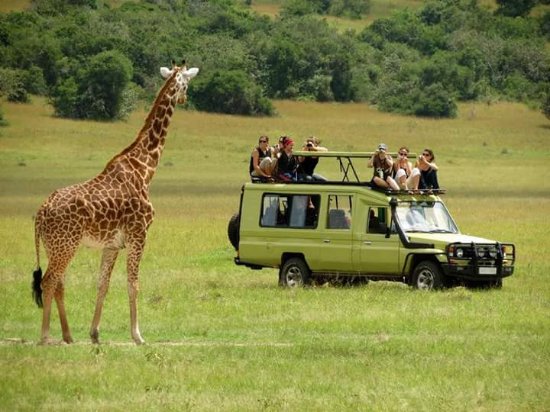 The country is also famous for its chimpanzee species that can be seen when you participate in chimpanzee trekking in Uganda, gorilla habituation in Uganda which will give you opportunity to observe the authentic reactions of the gorillas as they get accustomed to human presence as they get trained for gorilla trekking in Uganda. Among the different tourism activities that can be carried out in Uganda, the game drives in Uganda will give you the utmost adventure watching a number of rewarding attractions as you take part in the different game drives in Uganda for an amazing safari experience.

While participating in the game drives in Murchison falls, you will have the chance to track for of the big five animals in Uganda that is the elephants and the buffaloes grazing in the plains  leopards, lions catching their prey during the evening game drives and during the morning game drives you will get the chance to watch a number of herbivores can also be during the game drives in Murchison falls national park and the notable species that can be seen include the giraffes, oribi, bush bucks, the Other activities in Murchison falls National Park that you should not miss out on include; the boat cruise in Murchison falls national park which will give you astonishing views of the most powerful falls in the world, you can also participate in the top of the falls hike which will give you the opportunity to have clear views of the falls, you can also participate in birding in Murchison where you will watch a number of bird species  like African Darter, African Wattled Lapwing, Blue-cheeked Bee-eater, Common Squacco Heron, Crowned Lap wing, Eastern Grey Plantain-eater, Great Egret for the most rewarding birding safaris in Uganda.

The game drives in Queen Elizabeth national park can be carried out in mweya peninsula or the Kasenyi plains which will give you the opportunity to observe a number of rewarding attractions in the park for a memorable experience. The different animal species that can be seen while participating in the activity include the elephants, buffaloes, waterbucks, bushbucks, grazing within the plains, a number of different bird species can be seen as you drive along the water sources in the park include; African Darter, African Wattled Lapwing, Blue-cheeked Bee-eater, Common Squacco Heron, Crowned Lap wing, Eastern Grey Plantain-eater, Great Egret

For the game drives in kidepo national park, you will have amazing views of the lions given the fact that there are more chances to watch the lions in kidepo national park than any national park in Uganda and aside from the lions, you will get to watch the different bird species this is because the park is among the best spots for birding in Uganda. Therefore, as you make your way to visit Uganda let the game drives in Uganda be part of the different tourism activities should be among the activities to take part in for an amazing wildlife experience in Uganda.