Home » Reasons why you should visit Congo

Reasons why you should visit Congo

Reasons why you should visit Congo will help you highlight the most reasons why one should engage in a Congo safari tour. Before you embark on your African safari, you should put the democratic republic of Congo as one of the countries in Africa because of a number of reasons which include the numerous tourist attractions, sites among other factors that are scattered all over the country. Congo is known for its number activities. The Reasons why you should visit Congo include: 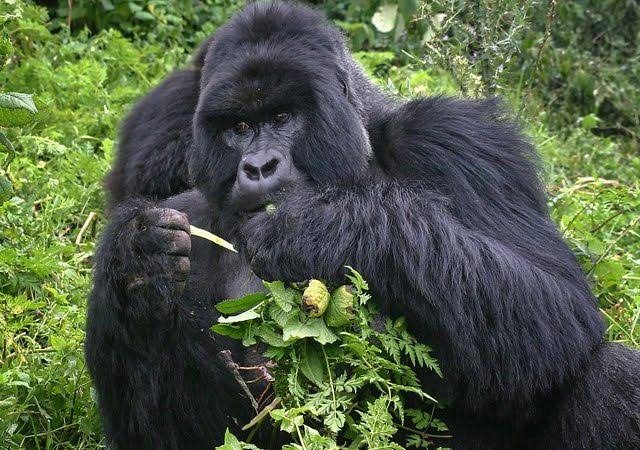 A number of attractions: There are a number of activities that can be carried out while you carry out your trip in Congo among the most famous attractions that can be seen in a number of protected areas like the national parks, game reserves among other areas. Some of the areas that can be seen within the parks some of them include Kahuzi Biega national park where you will find the eastern lowland gorillas, the Lwiro chimpanzee sanctuary for orphaned chimpanzees which you will offer activities to the primates that wait patiently to play with you. Virunga national park famous for the active virunga mountains, mountain Nyamuragira and mountain Nyiragongo and also in the park you can also find mount Mikeno where you can find a number of gorilla families like the Mapuwa gorilla family, Rugendo gorilla family among other families. In Virunga national park where a number of attractions like the mountain gorillas, the Senkwenkwe gorilla orphanage was established to protect orphaned gorillas whose parents were killed as a result of poaching.

A Variety of Landforms: While in the democratic republic of Congo, you will see a number of landforms like the mountains, rivers, lakes that will catch your attention when you visit the country. Some of the landforms that can be seen within the country include;

Easy accessibility to the country: It is easy to access the democratic republic of Congo with the necessary documents for entry into the country. Congo has fewer restrictions of entry to foreigner which makes it one of the countries in Africa that should be visited to ensure that you have an amazing experience in the country.

For tourists from the neighboring countries, for instance, Uganda and Rwanda, they can use the borders to transfer to the Democratic Republic of Congo. From Uganda you can use the Bunagana border post where you will pass via Kisoro district the home of gorilla, in the district, you can find Bwindi impenetrable national park and Mgahinga national park where you will have the ultimate gorilla experience. Before crossing to the democratic republic of Congo you will pass through the Bunagana border post you will go straight to Goma town in the democratic republic of Congo.

From Rwanda, you can access the democratic republic of Congo; you will pass through the Le Grande barrier to connect to the democratic republic of Congo by the use of public transport means that are always available at the border in case you don’t have any arranged transport means making it convenient for you. Through Rwanda you will have exceptional views of the landscape including the 100 hills of the country, tea and coffee plantations in the outskirts of the country among other captivating attractions.

Increased security precautions: Since the outbreak of a number of different security threats, and was in the country, there has been an increase of safety measures within the country to ensure that tourists are within a secure environment. For instance in Virunga national park, the park organizes a security team accompanied by military officers that ensure you reach the park without any threats to make the experience in the country memorable.

On the streets of the country, you will see a number of military officers dressed in their uniforms armed with guns to protect the citizens at any time of the day. In case of any attack with the presence of the military officers, they are always in position to protect the people. The country has a number of police station cells that in case of any problem you can seek help from the different police stations that are scattered all over the country to maintain law and order in the country.