Top Tourist Activities in Uganda are the different amazing ventures that travelers can undertake to be able to explore the pearl of Africa to the fullest. Uganda is one of the top 10 tourist destinations that tourists can visit to have memorable Uganda Safaris in East Africa where you will get to see a number of attractions as you participate in the top activities on a Uganda Safari. Tourists can visit a number of national parks like Lake Mburo National Park, Queen Elizabeth National Park, Mgahinga National Park, and Bwindi Impenetrable National Park among other parks where you can participate in a number of activities that will make your safaris memorable. For a tourist interested in visiting Uganda, you will get to participate in the top tourist activities in Uganda 2020 for memorable safaris when you visit Uganda. 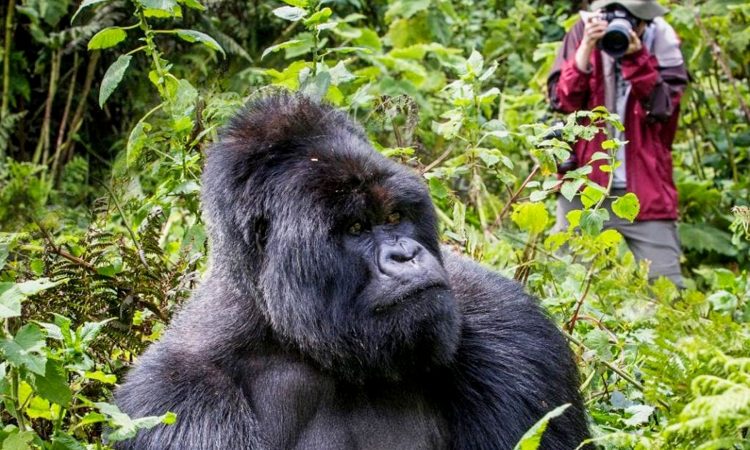 Gorilla trekking in Bwindi Impenetrable National Park can be carried out in the different sectors of the park, for instance, Ruhija, Rushaga, Buhoma, and Nkuringo where you will also find the habituated Uganda gorilla families in the park from which you will have the opportunity to spend one hour with the gorilla families where you will get to understand more about the primates by observing their behavior in the wild where you will get the opportunity to observe the feeding patterns of the primates, the type of food eaten which is usually bamboo shoots, stems,  small insects like caterpillars, termites and many more. In the park, you can also get

Chimpanzee trekking is among the top tourist activities in Uganda 2020 where you will visit Kibale National Park the ultimate primate destination in Uganda where tourists will see a number of primate species when they carry out a number of activities in Kibale national park for memorable Uganda Safaris. Kibale national park is famous for housing over 1500 chimpanzees where you can also see a number of habituated chimpanzee troops that tourists interested in knowing more about the chimpanzee species where you can have an amazing time in the park by visiting the habituated chimpanzee troops where you will carry out chimpanzee trekking which will ensure that you get to know more about the chimpanzee species by spending one hour with the primates.

You will get to know the chimpanzees by observing their behavior in the park, for instance, their feeding patterns like their diet which comprises of fruits, leaves, roots, figs among other food types you will also get to see their grooming patterns, how they co-exist with one another among other interesting features of the primates.  Other primates that can be seen in the park include; dent’s monkey vervet monkey, mona monkey, black and white colobus monkey, silver monkeys, red tailed monkey, olive baboons among other primates that will make your experience in the country memorable.

You can also participate in the boat cruise in Queen Elizabeth National Park where you can participate in boat cruise along the Kazinga Channel where you will see rewarding experiences in the park like the numerous bird species like African skimmers, African Fish Eagle, the pelicans, African spoonbills, great cormorants among other water birds you can also see a number of crocodiles, buffaloes, elephants, waterbucks, sitatungas and antelopes, among other interesting attractions within the park.