Tour Activities done by tourists in Rwanda: Rwanda Chimpanzee trekking: In Nyungwe National Park, Chimpanzee trekking can be carried out by tourists on a daily while on their Rwanda tour. Currently, the park has two habituated chimpanzee groups which can be trekked and this gives a chance to tourists that want to know their different mannerism how they carry out their daily activities and so on. The tourists will be given a maximum of 2 hours to spend with the chimpanzees which is quite an exciting adventure interacting with them as they observe and take note, take photos and enjoy their Rwanda Chimpanzee Trekking Tours. 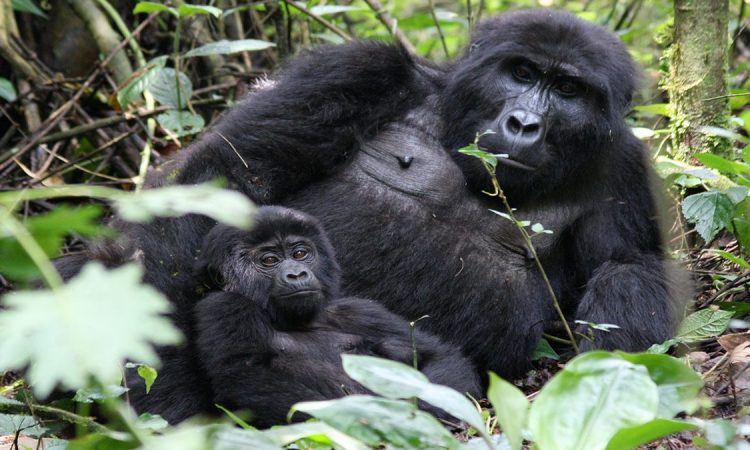 Rwanda Gorilla trekking: Tourists have a chance to trek the gorillas in Volcanoes National Park where the different Gorilla groups can be visited which may include Hirwa, Susa, kwitonda, Amahoro, Bwenge, Ugenda, Agashya group, among others.

Rwanda Game Drives: Rwanda Game Drives are an exciting activity that a tourist on a Rwanda safari tour should not miss out on. The activity can be carried out in Akagera National Park and Nyungwe National Park where different wildlife species can be seen. While on the drive around the parks and some of the animals that can be seen include; elephants, lions, leopards, rhinos, giraffes, zebra, antelopes that are usually seen grazing in the open grasslands of Akagera National Park.

Rwanda Birding: Birding tours in Rwanda can be carried out in the different national parks of the countries namely Akagera national park, Volcanoes National Park and Nyungwe National Park. The different national parks are great spots for the activity to be carried out with each park having a total number of over 200 bird species that can be seen while on a Rwanda tour. Some of the bird species that can be seen include the blue turaco, Ross’s turaco, coqui Francolin, long-tailed cisticola, bubbling cisticola, Archer’s ground robin, red-faced woodland warbler, Ruwenzori double collared sunbird, Collared Apalis, Ruwenzori turaco, handsome francolin, strange weaver and many others.

Rwanda Hiking: Hiking tours in Rwanda should be on the to-do list of any tourist while on their Rwanda tour, the reason being Rwanda is a land of 1000 hills and it has various mountains that once hiked can be rewarding. Hikes on the mountains in Volcanoes National Park can be carried out on mountains like Bisoke, Gahinga, karisimbi, Sabinyo and Muhabura which offer different tourist attractions like the chimpanzees, golden monkeys which are one of the endangered monkey species in the world, different plant species and vegetation covers.

Rwanda Canopy walk: The canopy walk can be carried out in Nyungwe national park which is the only country in East Africa. The canopy walk enables tourists on a Rwanda tour to have fun while getting to know the park with the help of the guide that is always giving information about the park and the various tourist attractions.

During the tour on the Canopy walkway, tourists are able to see the different primates, butterfly species, & bird species that can usually be seen lining along the metal ropes on the walkway. Primates like the monkeys and the chimpanzees can be seen jumping from branch to branch.

Visiting Rwanda’s towns: Different towns can be visited and each of the towns has different attractions and activities to offer to tourists on a Rwanda tour. Some major tourist towns include

Visiting Rwanda museums: Visiting the different museums will give a chance to tourists on a Rwanda tour to understand the history of Rwanda within the different eras in the country. During the 1994 genocide in Rwanda, around 1.8 million people were killed because of the different reasons which can only be explained while visiting museums like the Nyamata Memorial Museum, Kigali Genocide Memorial  Museum and so on. These give detailed information and evidence on how and why people were killed during the genocide.

Other different museums that can be visited include the King’s palace museum, Kandt House Museum, Rwanda Art Museum, National Liberation Museum and many more.

Rwanda Cultural Tours: While on the Rwanda Tours, cultural encounters can also be a rewarding activity for tourists in a way that the local communities engage with the tourists through showcasing their different cultures through dance, art and crafts, traditional cuisines and many more. Some of the cultural groups that can be visited include the Kitabi cultural group and  Banda cultural group found in Nyungwe national park.

Dian Fossey hike: The hike is an educational trip to the graveyard of the Dian Fossey the hike which  involves a guide who will take you through the primatologist’s life how her love for the gorillas came about, what she did in order to ensure that poaching was combated in the area during her period while in the park carrying out her research. The hike to the graveyard involves meeting the gentle giants, chimpanzees, and different monkey species and if that is not enough different butterfly and bird species can be seen in the territory to the graveyard which is quite a rewarding experience to tourists while on their Rwanda tour.

Rwanda Golden monkey tracking: Golden monkey tracking can be carried out in Nyungwe national park and this enables tourists that are interested in the primates to find out the various patterns in their everyday activities. The endangered golden monkeys can offer a pleasant golden monkey trekking experience because, in the whole world, it’s Uganda and Rwanda that are the homes of the species. The beautiful primates can be seen jumping from one tree branch to the other enjoying their habitat.

Rwanda Boat safari tours: Boat safari tours in Rwanda can be carried out on Lake Ihema in Akagera National Park and usually, the trip takes place for a maximum of 2 hours which can be a form of relaxation and entertainment to tourists on a Rwanda tour. The tourist on a Rwanda tour within the hours of the boat trip will be able to ask the guide whatever he needs to know about the lake, the marine species that are found and many more. During the boat safari trips in akagera, wild animals like buffalos, elephants, duikers, antelopes can be seen quenching their thirst from the waters of the lake which helps in visitor satisfaction.