Cultural Tours in Uganda are exciting Uganda safari packages that are meant to educate travelers about the heritage and cultural values of the country and the values that are still kept. Uganda is one of the ultimate safari destinations that can be visited to have amazing experiences during your stay in the country. Among the different attraction and activities that can be carried out during your trip in the country include the Uganda National parks tours where you will see a number of national parks where you can participate in gorilla trekking in Uganda which can be carried out in Bwindi Impenetrable National Park, chimpanzee trekking in Kibale national park which are among the top 10 tourist destinations in East Africa among other national parks in the country. 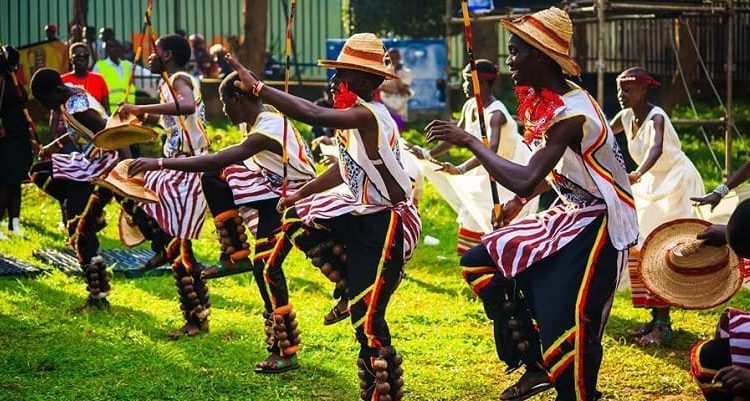 Some other activities and tours that you can participate when you visit Uganda  include visiting a number of water bodies like Lake Victoria, Lake Bunyonyi which will ensure that you have an amazing time during your Uganda tour.  But among the different tours that can be carried out in the country the cultural tours in Uganda are one of the most rewarding tours that will ensure that a tourist has an amazing time by visiting the different  cultural sites that can be visited include the following;

The cultural tours in Uganda are not fulfilling when you miss out on visiting the Kasubi Royal tombs which are one of the UNESCO world heritage sites that can be seen in when during your cultural tours in the country. In the Buganda Kingdom, there were four important kings in the history of the kingdom that were buried in Kasubi tombs. Located in Kampala city, the royal tombs are the burial grounds from the royal family of the Buganda Kingdom and the four kings of Buganda that were buried here have an interesting history that will be interesting when you visit the grounds.

Kabaka Muteesa1 who was responsible for introducing formal education in the Buganda kingdom and Uganda at large by inviting the Christian missionaries who taught the people how to read and write as they also spread Christianity another important king that was buried at the burial grounds.

Daudi Chwa11 who introduced modernity in the kingdom it should be noted that he constructed the first modern house in Buganda kingdom and also spread equality among the females and the males it should be noted women were not allowed to eat nutritious meals like eggs meat, chicken but during his reign, they were allowed to eat all the nutritious and also participate in decision making.

Other kings include Kabaka Mwanga who ordered the killing of the Uganda martyrs, Kabaka Muteesa11 who is responsible for the independence of the country which will make your cultural tours in Uganda memorable.

Another cultural site that you can visit during the cultural tours in Uganda is the Namugongo martyrs where the believers that were killed because of their faith in God, during the time the missionaries came to Uganda to spread the gospel, they preached against barbaric acts like killing of the twins which was a common practice in Buganda kingdom because they believed the twins were a bad omen, worshipping of gods were preached against as a bad omen which infuriated Kabaka Mwanga because believers were against the orders of Kabaka Mwanga because instead of doing the kingdom activities, they were busy attending Christianity classes which annoyed the king and he ordered for their killings.

They were burnt to death in Namugongo where the shrine was constructed as a remembrance for their faith in God. When you get to the Namugongo martyrs shrine, you will have the chance to visit the pond where ashes and blood of the martyrs were disposed off and it is believed that the water from the pond is holy water that can heal a number of diseases. You will also visit the Uganda martyrs museum where you will see how the martyrs were killed with the different displays of how the martyrs were killed which is so heartbreaking can be seen making your cultural tours in Uganda memorable.

The Uganda Museum is another attraction that will ensure that you have an amazing time during your cultural tours in Uganda. With the tour to the Uganda Museum, you get the opportunity of seeing a number of different attractions like the tools of early man that he used during hunting, the first musical instruments in Uganda which were the xylophone among other attractions in the country. At the museum you can visit the different huts behind the museum where you can know more about the culture of the Ugandans like the Ankole hut where you will be taught how to grind millet with a grinding stone, you will be taught how to make ghee among interesting activities in the that will make your cultural tours in the country memorable.

The cathedral is another cultural and religious attraction that can be visited during the cultural tours in Uganda. While visiting Namirembe cathedral you will have amazing experiences because you will have exceptional views of Kampala city centre and the cathedral’s architecture among other attractions that can be seen in the park. The cathedral also known as St Paul’s cathedral was established around 1915- 1919’s which makes it Uganda’s oldest cathedral which has a unique architectural design which was established by the Anglican missionaries that came to Uganda to spread Christianity.

Still at the cathedral, tourists will come across is the graveyard of Bishop Hannington the first East African Bishop who was killed on the orders of Kabaka Mwanga who also ordered the killing of the Uganda martyrs, he was also responsible for the digging of the Kabaka’s lake the deepest manmade lake in Uganda.  Bishop Hannington was a Christian Missionary who spent his lifetime volunteering to spread Christianity in east Africa but because of the different cultural beliefs in Buganda kingdom, they believed that an enemy of the Buganda kingdom would come from the eastern direction which was the case form, Bishop Hannington.

When Kabaka Mwanga the then king of Buganda Kingdom, he ordered his killing but his body was brought to the cathedral ground as a remembrance for his good work of spreading the gospel. By visiting Namirembe cathedral you will get to know more about the culture and religion in the Buganda Kingdom.

The Nyero Rock paintings are another cultural site Located in Kumi district that can be visited during the cultural tours in Uganda to have an amazing time in the country. The rock paintings are some of the wonders that can be seen in the country that can be visited during you Uganda tour to have an amazing time in the country. You will find the rock painting memorable and eye-catching with their bright red and brown colors but the most fascinating aspect about them is the fact that they are believed to have been painted before 1250 making it one of the most surviving tourist attractions in Uganda.

The Nyero Rock paintings are believed to have been painted by the original inhabitants of the country the pygmies who are known as the batwa an interesting group of forest people with a number of interesting facts about the group of people who depend on the forest products like honey, wild fruits, and small creatures like squirrels among other animals which will make your cultural tours in Uganda memorable.

The Batwa can also be seen during their mgahinga tour where they will also go on the batwa trail while in the park. It should be noted that the batwa can only be found in Uganda, Rwanda and Congo near forested areas of Volcanoes National Park, and Virunga national park.