Tourism Destinations in Uganda are so rewarding and a traveler will be fascinated by the amazing features and attractions they will meet in the country. Uganda is known as the pearl of Africa because of the different attractions and the beauty that can be seen when visited. Some of the attractions include natural features like lakes, rivers, the climate different cultures of the people, the national parks, among other attractions which make it the one-stop tourist destination in east Africa. Recognized as one of the best tourism destinations in Africa in Uganda, there is a lot the country has to offer to its tourists from the activities that can be carried out and a number of attractions to see. Some of the tourism destinations that can be visited include the following; 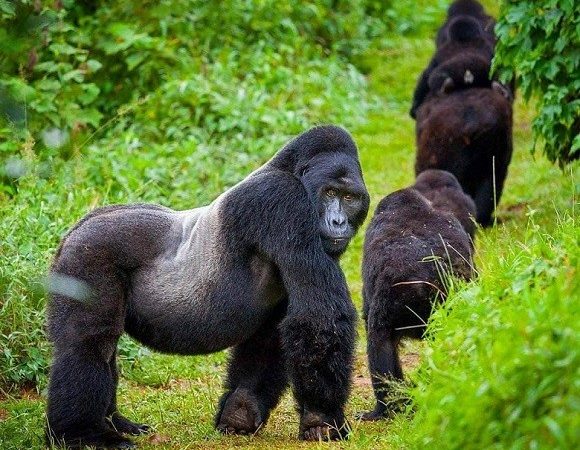 These are the top-visited Tourism Destinations in Uganda. There are a number of national parks that will be visited to ensure that you have an amazing Uganda tour while in the country. The country is blessed with ten national parks and among the notable parks to visit include Bwindi impenetrable national park where you can carry out gorilla trekking where you will get to spend time with the mountain gorilla species in their natural habitats as you get to know their behavior in the wild, their co-existence between one another and so on.

In Kibale National Park you can have the ultimate primate experience in Uganda where you will have the opportunity to go monkey tracking with the presence of the different monkey species within the park and also chimpanzee tracking, in Queen Elizabeth national park, you will have the opportunity to see the tree climbing lions, in Kidepo Valley National park you will see numerous bird species like the ostriches, and a number of animal species like the lions, Uganda kobs among other attractions.

There a quite a number of cultural Tourism Destinations in Uganda. Cultural tourism in Uganda is quite rewarding because of the numerous cultural groups also known as tribes with different features and that make them distinctive from one another each tribal group will offer rewarding experiences once you visit the numerous sites around the country that will ensure that you have the best cultural experience and some of the sites that can b visited include;

These are one of the most interesting Tourism Destinations in Uganda. Interested in knowing how the people of Uganda conduct their businesses then you can visit the different markets and shopping malls to have an insight into how people get some income. In the different shopping malls, you can purchase different African attires and traditional clothing of Ugandans to have a feel of the culture through dress code you can visit the Nakasero market which is located within the Kampala city centre, the market is the gathering point for farmers where they sell their produce. You can also purchase organic fresh fruits like watermelons, mangoes, pawpaws straight from the garden without any additives and see how healthy and tasty they are compared to canned food and fruits with additives. Other market areas and shopping malls that can be visited to have a similar experience include Owino market, garden city shopping mall, among other interesting shopping centers and markets.

You can visit a number of restaurants all around the country that offer a number of tasty delicacies from all around the country and some western dishes. Some of the restaurants that can be visited in order to taste the local dishes of the people some of the dishes that should not be missed out on include Luwombo which involves cooking of different types of sauces in banana leaves, Katogo, Eshabwe among other delicious dishes. Some of the restaurants with traditional dishes include Baguma restaurant, Hot Pot Restaurant, Mama Ashante which serve West African and East African dishes. For tourists interested in western cuisines, they can visit the different hotels that offer different western cuisine, for instance, Kampala Serena hotel, Sheraton hotel, Protea Hotels where they will get to taste different cuisines from the western world.

There are a number of festivals in Uganda that are carried out annually that tourists will find interesting as they tour around the country as a form of entertainment to the people and some of the highly anticipated festivals in the country include;