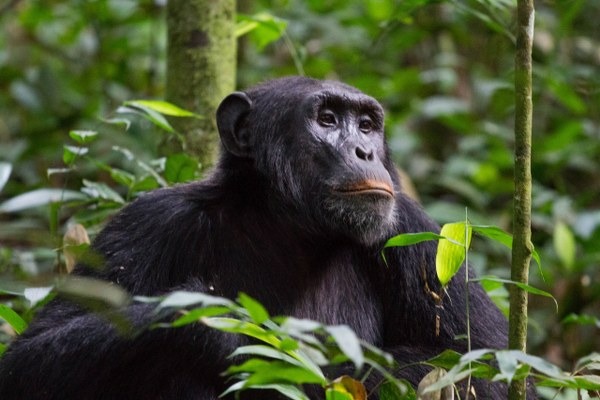 In Nyungwe National Park, there are over 1000 chimpanzees that can be seen in the forest of the park. For tourists interested in participating in chimpanzee trekking, they will have the chance to track one of the two habituated chimpanzee troops that is one from cyamudongo forest and the other in Nyungwe forest but regardless where you carry out your racking experience, you will have an amazing time.

The activity in the park starts as early as 7 am where you are expected to be at the Uwinka reception area for a briefing session before you take part in the activity. During the briefing sessions, you will be told the guidelines to follow during chimpanzee trekking in order to avoid any accidents in the park. After the briefing session, you will then head to the forests to track the playful primates, you will hear loud hoots and claps as you get close to them and you will be entertained by their playfulness while you get in contact with them and you will have the chance to spend some time with them understanding their behavior in the wild which will be quite memorable for you.

Guidelines for Chimpanzee Trekking in Nyungwe

Nyungwe national park houses a number of monkey species that can be tracked while in the park to have an amazing time while carrying out your Rwanda tour. Among the different monkey species that can be seen in the park include Dent’s Mona Monkey, De Brazza’s monkey, Olive baboon, Red colobus monkey, Grey-cheeked Mangabey, Hamlyn’s Monkey, Blue Monkey, black and white colobus monkeys among other monkey species. This will ensure that you have an a amazing time while in the park and have the ultimate primate safaris in Nyungwe National Park.

Other than primate safaris in the park, you can participate in the different activities like;

Tourist can also participate in canopy walk where they will get to walk along East Africa’s only canopy walkway to have amazing views in the park and see a number of attractions like primate species like chimpanzees, different monkey species swinging in the tree branches among other attractions to make your experience in the Nyungwe national park memorable.

The park is a home to over 300 bird species which makes it a birder’s paradise. Among the different bird species that can be seen in the park include; Rockefellers’ sunbird, Chapin’s flycatcher, Rwenzori Batis, strange weaver, red-throated alethe, blue turaco, Ross’s turaco, coqui Francolin, long-tailed cisticola, bubbling cisticola, Miombo wren warbler, Chubb’s cisticola, and other bird species to make your Nyungwe national park tour memorable.